Is it time for a new national representative body? 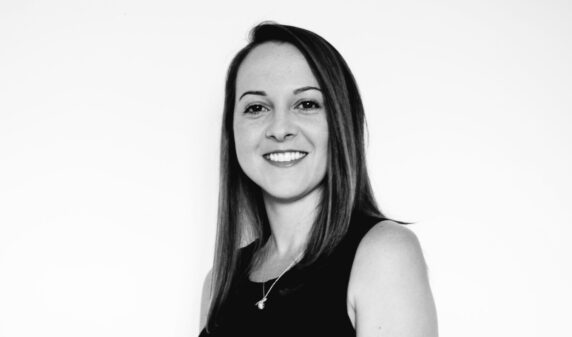 After spending some time on the ‘inside’ of medico-politics as a member of GPC England, I recently resigned after coming to the conclusion that the GP Committee is not adequately representing GPs, and even worse, that I don’t believe it ever can. Let me explain why.

LMCs’ confidence in GPC is at an all-time low – just look at the agenda for the UK Conference taking place today. There are three motions requesting the formation of an alternative union, one of which I confess I submitted, which says that ‘GPC UK is not demonstrating that it is a functional, representative body of GPs’ and calls upon the GPDF – which funds the BMA GP Committee – to fund a National Association of LMCs, which would take on the responsibilities held by the GPC.

Yet this isn’t new. The Meldrum review in 2016 reported that LMCs felt that GPC was not adequately meeting their needs, and that it could be more responsive and accountable to those it represents.

Six years later, LMCs have been doing their best, using local pragmatism and relationships to try to solve the national crisis, but it appears that enough is now enough. The GPC leopard hasn’t changed its spots.

We are under two years from the end of the current five-year GP contract ‘deal’, and negotiations, if we can even call them that, aren’t exactly going well. What’s the appetite amongst the GPC England Executive to negotiate?… What’s their competence level?… What resource do they have for these negotiations? Whatever happened to the Conference policy of bringing in external professional negotiators to support the GPC? We can only hazard a guess at the answers, such is the degree of opaqueness at the GPC.

LMCs have been told that GPC England is deciding on what its vision of the future of general practice is. That’s right – it doesn’t seem to have one, never mind a plan for achieving such a thing. I would argue that the vision, or the blueprint at least, already exists in Conference policy.

The GPC just needs to get on with stating it and then demanding it. Yes, they may not get it, but I’m not at all confident that they are even asking for it, particularly when we see executive members asking questions on social media which Conference has already given a clear answer to. Perhaps they don’t like Conference’s answer? Transparency is an issue, and trust is low, so why should I give them the benefit of the doubt?

When I was ‘in’ the committee, I tried very hard to bring about change – I don’t think I could have done more. I applied for the executive and policy lead positions, and proposed motions in two out of the four meetings I attended. In doing so, I believe I unearthed the main problem with GPC; that it is a standing committee of the BMA.

I exposed that the GPC is not sovereign – decisions it makes can be blocked by Council or the BMA corporate board, or, even worse, decisions can be prevented from being made by in the first place by the organisation itself and its team of lawyers. This was the case with the motion which I (eventually) proposed about declaring members DOIs to the committee and their electorate. Something so simple, which the committee was happy to pass, and which, frankly, should have been done without the need for a motion, was something the lawyers tried to block from being debated.

Take the issue of vaccine as a condition of deployment – GPC England felt strongly that it wanted to oppose this, much like the RCGP did – it would have had a deleterious effect on our staffing resource, never mind the HR and legal nightmare that it would have placed on independent contractors as employers. But no, such a decision, or statement opposing it, was not apparently within GPC England’s gift. Of course, those the wider BMA represents, many of whom are employed doctors who would not have faced the same pressures as GPs if VCOD was rolled out, so the BMA was not prepared to release such a statement.

Two very simple examples that demonstrate beautifully why the GPC can never adequately represent GPs; it has its hands tied by the BMA. If it can’t get these basics right, what chance does it have with annual negotiations of the national GP contract?

Some argue that all that’s needed is a refresh, maybe yet another review, or a reform of the GPC. But my point remains; we then have an – albeit refreshed – standing committee of the BMA, with the same restrictions as before.

We would support you Clare : DOI, I am a member of Medical Practitioners’ Union / Doctors in Unite, and a nominated Unite Rep to GPC.

Reply
Unsuitable or offensive? Report this comment
Turn out The Lights 10 May, 2022 1:18 pm

Yes the BMA is a busted flush.

Unfortunately, the only way is to go private and make your own rules up. Be your own negotiator. It’s heading that way inevitably. GPs are itching for freedom, autonomy, respect, payment and real change. The demand is there, it always will be in this hypochondriac, responsibility shifting set up. In summary, be like water (Bruce Lee) and get out of the PCN (too late now), or like a dentist (Prof Marshall) and say No (Prof Gerada) or give your contract to the hospital (Prof Field and Javid).

The Romans achieved more for general practice than the BMA/GPC.

They don’t speak for me. They don’t have the answers for the profession – too politicised, too ideological, lacking transparency, and crucially pragmatism. What hope have we?

Reply
Unsuitable or offensive? Report this comment
Malcolm Kendrick 11 May, 2022 9:17 am

I was on the GPC, as part of the salareid GPs sub-committee. It become clear that the inertia and conservatism represented immovable obstacles to any meaningful action. It is, essentially, a peace-time organisation. However, we are now at war, and war requires rapid and radical actions.

The impression I get is that “it is all too difficult “ I have been to many LMC conferences. My impression is that that GPC never listen. They represent themselves and not GPs as a whole. The keynote speeches always seem to say “We delivered”. Just exactly what have they delivered? We are in the worst place we have been since undated letters of resignation were given to Barbara Castle