United we stand, divided we fall: Why GPs are stronger together 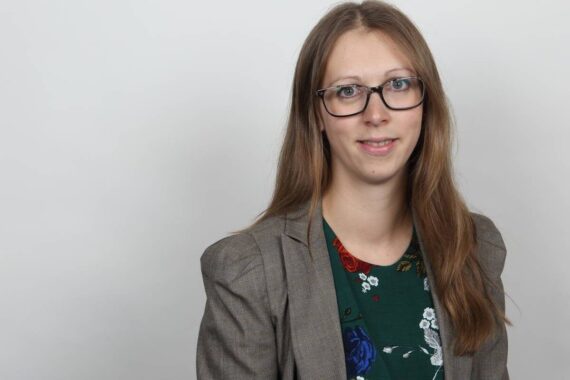 General practice is in crisis. Workload is spiralling out of control, and alongside this we are faced with deepening workforce shortages and nowhere near enough resources to cope. All while facing an uphill battle against a toxic media and political narrative that seeks to blame us as GPs rather than solve the problems we face.

These are the issues of vital importance being debated and discussed as GPs from across the UK come together this week at the annual UK LMC Conference in York.

But also on the agenda are items about GP representation and a themed debate on the potential establishment of a ‘National Association of LMCs’ to rival the BMA, as discussed in Pulse yesterday by Dr Clare Sieber.

Now no organisation the size of the BMA is perfect, my time as Speaker on GPC England, and the work I have done with other committees has taught me that the BMA is not immune to the challenges that face organisations of this size. We must be open to change, and we must listen to and learn from those we represent. For that reason we welcome the debate Dr Sieber and others are starting, even though we share different views. Indeed, her departure from GPC England was our loss.

GPC must do more to rise to the unique challenges we are now facing. But what those proposing a National Association of LMCs as an “alternative union” ask us to believe is not just that GPC can do better, but that the route to better is to splinter a profession at a time of crisis. What we need, as a profession under attack, is to be united, not divided; we stand our best chance as a union. To split or schism could be disastrous, weakening our collective power and playing directly into the hands of a Government who are keen to wring still more from us for ever less, and to do so whilst they publicly discredit us.

The situation general practice is in now is down to a litany of failures and poor choices from the Government, and that is where we should lay the blame, not with GP leaders.

Throughout my medical career, the BMA has provided me with invaluable support and opportunities. From first becoming involved as a medical student over ten years ago, through its junior doctors’ committee as an advocate for doctors facing contract imposition, and supporting the Industrial Action we took, and then as co-chair of the GP trainees subcommittee where we sought to improve training opportunities and to better prepare doctors of the future for partnership, to now; becoming Speaker of GPC England at the age of 34. Most recently I was supported throughout maternity leave and in returning, when I was elected as the youngest and first woman chair of the BMA’s Medical Ethics Committee.

The BMA’s strength lies in its unity, rich and diverse shared knowledge, and proud history and track record of representing doctors of all specialties – as well as those studying to be doctors of the future – as one profession. Having the dual role of trade union and professional body, allows us to influence in ways that being only one could not. Rather than creating a conflict of interest, it only makes us more effective. Together we are stronger.

Dr Sieber makes the point that when faced with a policy of mandatory vaccination, GPC didn’t act alone to oppose this. Does anyone really believe though that GPC alone would have been a more effective voice than the collective voice of all doctors expressed through the BMA? Why divide the profession into the views of different committees when the deep concerns expressed by the profession together reflected a policy where doctors were impacted together.

Of course, there will be conflicting ideas and priorities, but being part of the BMA allows a collaborative approach to resolving issues, it allows us to work together for solutions that are practical for both primary care and our secondary care colleagues.

During the pandemic, the tireless work of BMA staff and elected members has been a lifeline to those of us working in general practice, providing reams of guidance and advice in rapid time, responding to queries from and engaging with LMCs, and speaking out and lobbying on behalf of doctors when they needed it most.

While GPC England represents GP partners as well as sessional GPs, there is no question that my colleagues and I are resolute in our commitment to defending the independent contractor model as the cornerstone of general practice.

But we need to work together. As the recent Rebuild General Practice campaign – delivered in partnership with the BMA and GPDF – has shown, we are more powerful when the profession, from grassroots GPs, through LMCs and as part of the BMA, is united.

Setting up a competing body would be a step backwards, fragmenting the profession, and gifting the Government a divide and conquer strategy, which they would be only too happy to use.

At such a critical time for practices, patients and GPs, our great advantage is to speak and act as one profession.

Dr Zoë Greaves is a GP in the North East, Speaker of GPC England and chair of the BMA’s medical ethics committee.

A lot of us are not members because the BMA have let GPs and the junior down over the last decade.It doesn’t look like you have done much to get us back on-side.There must be trouble at mill as your membership number data cannot be found from recent years.

The BMA needs to meaningfully consult the profession about what we want to be done. You are too political, too ideological, and it is leaving us working in intolerable and dangerous circumstances. Listen to us or lose our support.

Paradoxically – “united” in a PCN – you actually will fall – and opting out you stand alone but tall with a spine.

Dear Zoe ,
I respect everything you wrote but these are my honest reflections to you :
(1) Unity is vital . But it is always easy said than done . As the leaders , you guys need to understand why and how grievances are still apparent among significant number of GP colleagues up and down the country . Now the grievances have developed into polarisation and division . As the Chinese saying goes ,’ Ice frozen deep down three feet is not down to one day cold’ （冰封三尺非一日之寒）.
(2) Inevitably BMA/GPC , through the years , have grown into an establishment and follow the fate of many making same mistakes of losing touch with members lower down the ladder and they are the ones suffering the most because of our common enemies right now , right here .
(3) I appreciate that colleagues like yourself will feel like walking the wire everyday while different colleagues throw in all kinds of opinions , arguments, suggestions and of course , motions in conferences.
But the leaders must always show to members which side they are actually on(especially in this current battle against an unrealistic , heavy-handed and ignorant government) , not just by resoluteness but also some smartness in reassuring your soldiers. I know it is also easy for me to say that . Politics is like medicine , an art rather just knowledge. More importantly, politics should be about honesty , humility and transparency. And on the other side of the coin , however , is about avoiding naivety , recklessness( but still audacious) and political correctness.
I am sure many still have faith in BMA/GPC (including myself) but one must understand fully why significant number of colleagues now demand a new body of representation. I am an obstinate believer of western democracy. But it is indeed under serious threat(without reasons on soul-searching )if you look at what is happening in the world .
Finally , I dedicate a self-made motto (those who read my silly stuff through the years will already know) :
‘’It is only a fine line between politically correct diplomacy and dangerously flawed hypocrisy’’
All the best , Dr Greaves
Vinci Ho

Reply
Unsuitable or offensive? Report this comment
David jenkins 12 May, 2022 1:15 am

the BMA is not perfect by any means – but at the moment it’s what we’ve got. if we ALL joined the BMA, we could then say to the politicians “we represent ALL (or at least almost 100%) of doctors”. at the moment the politicians can (rightly) say “why should we take you seriously, when you only represent half (or x%) of the workforce”.

for the record i have used the BMA on a few occasions over the past 46 years when i was a single handed, rural, dispensing GP, and i have always found rhem helpful and available – and more importantly FREE ! my annual subscription – which is tax allowable – would pay for less than two hours of my solicitor’s time !

BMA has been selling-out GP for years. “Nothing” would at least limit the damage and is hence a vastly preferable option.