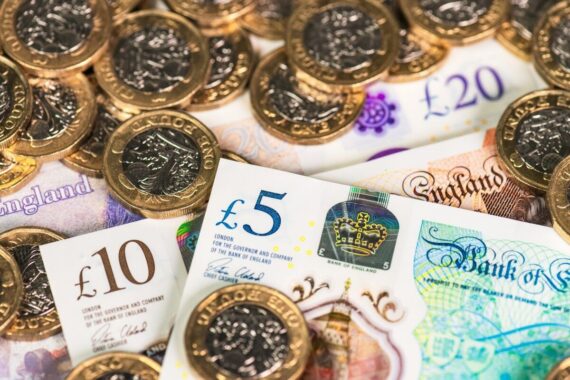 Salaried GPs have been recommended a 4.5% pay rise by the Government, while practice staff could benefit from a pay rise of at least £1,400.

Recommendations by the Review Body for Doctors’ and Dentists’ Remuneration (DDRB) have been accepted in full by the Government for England today.

GP partners remain excluded from the DDRB recommendations due to the five-year contract currently in place.

But the Department of Health and Social Care (DHSC) today said that eligible doctors and dentists – including salaried GPs – should receive a pay rise of 4.5%.

And it recommended that NHS staff under the Agenda for Change contract should receive a pay increase ‘at least’ £1,400 backdated to April this year.

There is currently no indication about an uplift to GP practice finances to cover these pay increases.

NHS England warned that it may need to make cuts to primary care funding if staff are awarded a pay rise of above 3% and it is not given more money to pay for it.

Over one million NHS staff are recommended to get a pay rise under the settlement, with the lowest earners such as cleaners recommended to receive up to 9.3%.

These would be the highest uplifts in nearly 20 years, the DHSC said.

Health secretary Steve Barclay said the decision was because ‘this Government hugely values and appreciates the dedication and contribution of NHS staff’.

He said: ‘We asked the independent pay review bodies for their recommendations and I am pleased to accept them in full.

‘We want a fair deal for staff. Very high inflation-driven settlements would have a worse impact on pay packets in the long run than proportionate and balanced increases now, and it is welcome that the pay review bodies agree with this approach.’

Chief executive of NHS Employers, which is part of the NHS Confederation, Danny Mortimer said: ‘We welcome an increase in pay for hardworking and overstretched NHS staff beyond the 3% uplift originally budgeted for.’

He said: ‘Given the challenges facing our sector, a new Prime Minister must support a longer term plan for reward as part of the desperately needed and long overdue workforce plan for the NHS.

‘This needs to include action on incentivising promotion, rewarding long-serving graduates, and making our pension scheme fairer and more flexible.’

Mr Mortimer added: ‘With a one-year pay award again being announced four months into the financial year, we would also urge the Government to plan now for a more timely decision in future. Our NHS staff should surely know about their pay award before the financial year starts.’

However, for the last financial year, the Government accepted a DDRB recommendation for salaried GPs to receive a 3% pay rise.

Meanwhile, the Office for National Statistics (ONS) last week said that a ‘large rise in GP appointments’ was a main contributor to UK economic growth in May.

ONS: Rise in demand for GP appointments pushed up GDP

And they wonder why partners are leaving by the bucket load.

Yup, another nail in the partnership coffin.

Just because the government recommends it doesn’t mean it gets passed on to salaried GPs. I am a salaried GP but spent years with no increase at all because enough is not given for running the practice for it to be affordable.

No one is listening!

Act accordingly. Get the paint stripper out.

Salaried GPs on unamended BMA Model Contracts will be entitled to the increase. They deserve it and more TBH, as we all do.
Last year GPC Exec ask the government nicely to fund the 3% – they refused. They need to ask again, more effectively.
Valerie is correct – we are being hit from all sides.
GPC/BMA’s 5 year deal looks increasingly to have been a disaster with every year that passes. Why wasn’t a guaranteed inflationary uplift part of the deal?
Industrial action from the junior doctors is inevitable: general practice has been equally badly treated – if not worse.
Why are we so spineless?

The BMA is useless.

Then the argument of moving cra*py PCN DES money and Impact and Investment Funds (IIF) , directly into core funding in core contract funding is even stronger.
But of course , the terms and conditions in the DES ( including draconian enhanced access) are already unachievable 👿

Nice little winner for the treasury. 4.5% for staff but also 4.5% on the total sum which will then be subject to Ers NI and Superannuation (and personal taxation of course). If its unfunded by the treasury – that means the net tax take has just increased by billions.

£37 billion of test and trace has just vanished.
Someone’s mates literally got a 1000000000000% pay rise.
Amnesia is brilliant in the UK.
Never happened apparently.

If you feel you deserve a higher salary, find a niche and go private. It is simple. I have increased my salary by 50% but far more importantly , I have reduced my stress levels 100% and increased my interest in medicine. No office politics, no sticking with ” trust policy”. No complex bureaucracy. Just interesting medicine.
You are far too clever and motivated to play ” poor little me”. There is a problem, fix it.

And you see why doctors are retiring as soon as they can
Locum pay is better and more flexible working
Just what is the incentive to be a partner ??….
… Net zero

If everyone becomes a Locum market forces will operate successfully??

In addition to all that, and salaried GPs Practice nurses HCAs all deserve a rise, there is the need for hard working reception admin staff, to have at least the ‘living wage’ and consideration of the fact that lowest paid workers will be very vulnerable to ravages of inflation.
2% or even 4.5% is inadequate here. There’s a good case for 10% for receptionists who have been stalwarts through the pandemic .

Inflation is 10%. It is a pay cut, just less pay cut dressed as a pay rise and they will use NI and tax to take it back. We are not fools.