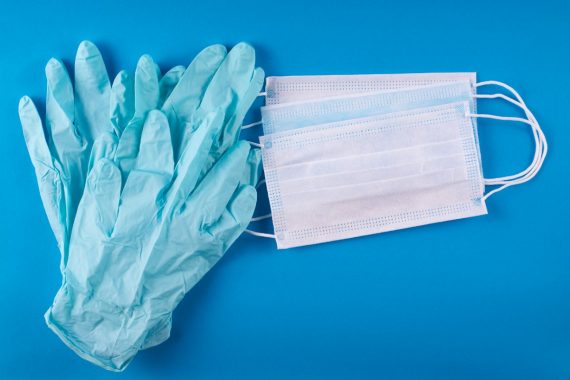 The Government has set out how many items of PPE GP practices can order from the central portal now that it is meant to meet ‘all’ of their PPE needs.

Under the new order limits, practices with 30,000 or more patients – a new category – have an allowance of up to 2,600 Type IIR face masks per week.

The smallest practices – with up to 5,000 patients – can now order 200 masks a week, doubling their previous allowance.

Order limits for some other PPE items have also increased, in particular those for aprons and gloves.

Rations for all but face masks have remained the same for practices with fewer than 5,000 patients and those with list sizes of 8,000 to 10,999.

The rations will be kept ‘under review’ to ensure they reflect the ‘latest public health guidance, Covid-19 demand modelling and analysis’, the Government said.

The Government’s new PPE strategy, unveiled earlier this week, has promised an ‘uninterrupted supply’ of PPE for GPs until March next year.

Today’s DHSC update said practices will receive their PPE orders via Royal Mail ‘within four days’, although earlier in the week the strategy had suggested orders would be met in 48 hours.

The DHSC added that practices could still use local resilience forums (LRFs) and the National Supply Disruption Response (NSDR) hotline for PPE procurement if they have ‘temporary difficulties in accessing other distribution channels’.

It said: ‘You can now get all the Covid-19 PPE you need from the PPE portal.

‘However, PPE from local resilience forums (LRFs) can be made available on the basis of clinical need, for example a demonstrable spike in local Covid-19 cases or temporary difficulties in accessing other distribution channels.’

Practices should contact the NSDR hotline on 0800 915 9964 if they ‘cannot get PPE through any other route and have run out or will do so imminently’, the DHSC added.

Essex LMC chief executive Dr Brian Balmer said that the updated arrangements ‘can only be an improvement’ if they work as promised.

He told Pulse: ‘They keep telling us things are going to work and then they don’t.

‘Previous PPE supply has been poor, practices have until fairly recently still had to go and purchase their own and we’re still arguing with the NHS about reimbursement of costs.’

‘If they stick to what they’ve promised, it can only be an improvement, but it’s too early to tell.’

It comes as Pulse revealed yesterday that the emergency PPE phoneline declined 70% of requests placed by GPs up until August.

Is there any chance to order FFP2 /3 masks ?