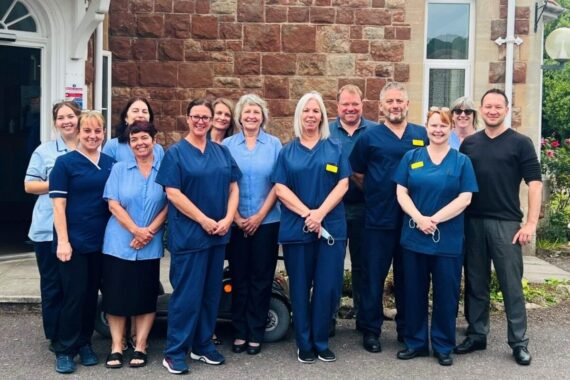 A GP practice in Somerset is thought to be the first in England to operate in a ‘John Lewis-style’, employee-owned model, after rejecting a merger with the local hospital trust.

Minehead Medical Centre had found it difficult to recruit staff due to its rural location and wanted to ‘protect the ongoing stability and sustainability of the practice’ by ‘making it a more attractive place for staff to work and develop their careers’.

But GP partner Dr Ed Ford, who has led the development of the employee-owned trust (EOT), told Pulse the move was ‘not just about recruitment’.

In Somerset, Symphony Healthcare Services, a wholly owned subsidiary of Yeovil Foundation Trust, have ‘traditionally been the go-to organisation for any practice who is looking at alternatives to partnership’, Dr Ford said.

He told Pulse: ‘Before we decided to do anything, we consulted with our staff and they made it crystal clear that they did not want us to “sell-out” to a large organisation.

‘The staff wanted us to retain local control and leadership and the partners wanted to de-risk themselves but also create opportunities for all staff to take on leadership roles without having to buy in to a partnership.

He added: ‘We looked at other models of limited companies but this gave us a sustainability and security for the shares that does not need shares to transfer when people come and go.’

The John Lewis-style employment model also offers GPs and health staff the opportunity to have a leadership role and a say in how the practice is run, without needing to have money to invest in a partnership.

Dr Ford said: ‘We have a fantastic management team and wider staff team, so partners at the practice felt we should give them more control of the business.

‘We also wanted to ensure that the business structure shouldn’t rely on individuals holding shares that could be difficult to transfer if people wanted to leave – hence the idea of becoming an EOT.’

NHS Somerset said the decision had been ‘subject to a robust and thorough evaluation and decision-making process by NHS Somerset, in line with national guidance’.

It added: ‘This is the first application for a GP to become an EOT in Somerset and we are aware that other organisations may be interested in pursuing a similar model.’

Five years ago, a group of GP practices in Scotland came together to set up a John Lewis-style, employee-owned entity, also in response to recruitment problems. The Barclay Medical Practice now operates across seven locations across Glasgow, Edinburgh and West Lothian.

In March, health secretary Sajid Javid backed a report that recommended phasing out the GMS contract by 2030, with the majority of GPs contracted by scaled providers such as hospital trusts. However, NHS England and the Government have since distanced themselves from the suggestion.

Meanwhile, the second-ever APMS contract in Northern Ireland was recently awarded to a hospital trust.