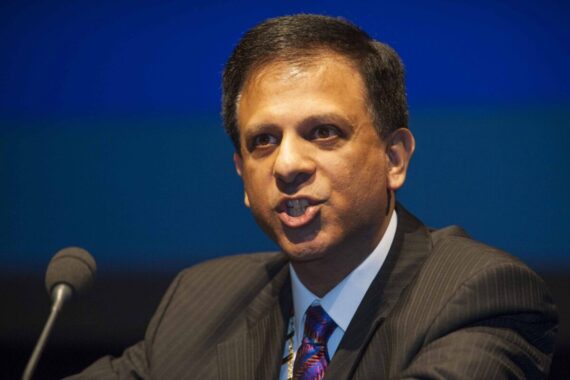 The BMA has announced the candidates to replace Dr Chaand Nagpaul as BMA council chair.

The new chair will be elected next week following the close of the BMA’s annual representative meeting (ARM), as GP Dr Nagpaul stands down after completing his five-year term in office, the BMA said.

It added that four members of the council are standing in the election, including current deputy chair and GP Dr David Wrigley:

The new chair will be voted in at a special council meeting on Wednesday, following the close of the BMA’s ARM in Brighton, and will take up the post to serve a three-year term with immediate effect.

The BMA added that its new treasurer will also be elected during the ARM, with Derbyshire GP Dr Peter Holden and Cardiff consultant neurologist Dr Trevor Pickersgill standing for the role.

And a new deputy council chair will be elected at the BMA’s July council meeting, completing the BMA’s chief officer team – which includes the council chair and deputy, treasurer and representative body chair.

The BMA announced that ST7 paediatric respiratory trainee Dr Latifa Patel has been ‘elected unopposed’ to serve as chair of its representative body over the next three years.

Dr Patel was elected as deputy chair in 2019 and has been acting chair since June last year, leading on ‘representational issues and ensuring that policy set by the representative body is acted on between ARM meetings’, the BMA said.

It added that she is the ‘first ethnic minority woman and first junior doctor to hold the [representative body chair] post in the BMA’s history’.

Meanwhile, doctors meeting for the BMA’s policy-making ARM conference in Brighton on 27-29 June will vote on an organised withdrawal of GP practices from PCNs by the end of the year.

I have an unwanted stuffed toy sheep available.

I vote for a spine.