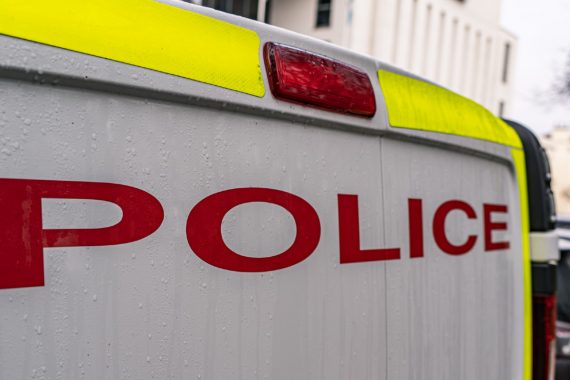 Exclusive Londonwide LMCs have asked to meet with the Metropolitan police to discuss what can be done to tackle increasing levels of patient abuse.

The LMC network reached out to the Met three weeks ago after seeing an escalation in aggression towards GPs and their teams in London.

Londonwide LMCs medical director and East London GP partner Dr Elliott Singer said it is ‘very positive’ that the Met has responded to the initial letter, although no meetings have yet taken place.

He told Pulse that Londonwide LMCs will be making further contact with the Met in the coming weeks.

Dr Singer said the LMCs aim to collaborate with the Met to ‘understand the limitations in the way they work’, receive ‘advice LMCs can give to practices’, and ‘use the Met’s expertise to help practices think about security to make them more secure environments’.

‘Unfortunately, we’re having to think about that now,’ he added.

Earlier this month, Londonwide LMCs said they were ‘increasingly worried about the volume of abuse that our GPs and practice teams are being subjected to on a daily basis, and the mental and physical effect of that abuse.’

Their statement said: ‘The majority of Londoners have been fantastic in their support for their local GPs, but abuse is growing among a minority.

‘We know that London practice staff are still receiving profanity-filled text messages and emails and that administrators and clinicians are regularly receiving abuse and threats.’

It added: ‘Recent reports of further physical assaults of GPs and their receptionists, resulting in broken bones and hospitalisation, indicate that there is an urgent need to communicate that general practice is working as hard as it can, and that those on the other side of the reception desk, the consulting room or at the end of the phone are people, not a faceless sounding board for frustrations.’

The LMC body is asking local GPs and practice staff to help it ‘present an accurate picture of the pressures and work taking place in surgeries across London’ by sharing their ‘experience’, ‘face’ and ‘voice’ with LMC representatives.

Pulse has asked the Met what steps it intends to take to support GPs and their staff against violence and aggression from patients.

A spokesperson for the Met police said: ‘We are determined to make sure our NHS staff feel confident to report assaults or hate crime. There is no place in society for such abuse. Operation Cavell, which was launched as a pilot on 31 March 2021, in partnership with CPS, focused on ensuring offenders are brought to justice in line with assault on emergency worker legislation.

‘The Op Cavell pilot has been extended and we continue to ensure NHS staff get the best possible investigation and service from our teams.

‘As well as senior police officers, senior welfare and support staff within healthcare have been brought on board to help those who have been victim to such crimes.’

They added: ‘One of the biggest challenges officers and NHS staff face is that many NHS workers feel being assaulted is “part of the job”. Prior to the pilot, 50% of NHS staff in London who were assaulted would not support an investigation whereas during the three months pilot, that number dropped to 25%.

‘We continue to work closely with the CPS and NHS partners to ensure NHS staff get the best possible service. We are committed to bringing any offender to justice who abuses NHS staff. Whilst we don’t always get it right, we are a learning organisation and are working closely with our NHS and CPS partners to constantly improve.’

It comes as a GP and two practice staff members were barricaded into their London surgery for over two hours earlier this month while awaiting the police’s response to a violent patient.

Two further incidents when police in the capital failed to respond to practices struggling with violent or abusive patients have also been reported.

This follows a sharp rise in the amount of abuse towards GPs and practice staff across the country over the past few months.

A GP practice in Staffordshire was forced to close for two days earlier this month after staff felt compelled to walk out due to verbally abusive behaviour from patients.

And a man charged with assault after attacking and injuring four GP practice staff in September is due to appear at Manchester Crown Court next week.

Meanwhile, NHS England has said GPs will have access to a £5m security fund as part of a new campaign to tackle patient abuse.

The funding can be used for security enhancements GPs ‘think they might need’, such as ‘panic buttons’ or CCTV, according to the health secretary.

The move, which comes amid soaring levels of confrontational and aggressive behaviour from patients, forms part of NHS England’s package of support for GPs announced last week.

How do you remove a patient of your list without NHSE and Ombudsman loop holes and trickery. They’ve all set you up. No one really cares.