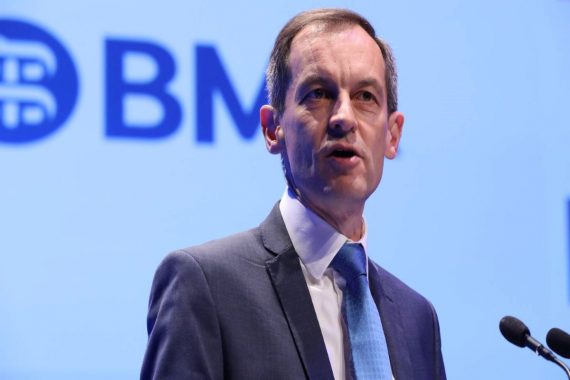 The BMA has launched a public campaign to rally support for GP practices, including increased Government investment, it has announced.

The ‘Support Your Surgery’ campaign comes as almost half the public in England has said more doctors are needed in GP practices, according to a major BMA survey.

It comes amid rising abuse levied against GP practices, which most recently saw practices targeted with bomb threats.

And researchers this week warned policymakers that support measures must be put in place to improve GP retention after a major study showed a steady increase in turnover over the last decade.

The public campaign aims to explain the pressures general practice is facing and ‘why it has been difficult for patients to see their GP face-to-face over the last 18 months’, the BMA said.

It includes a petition calling on the Government to invest in general practice so it can ‘provide better services’, in particular by funding improved buildings and sourcing ‘more GPs’, the BMA added.

It follows a survey commissioned by the BMA, which found that almost half (44%) of the public in England believe that ‘if they could make one improvement to their GP practice, it would be to increase the number of doctors’.

The survey by consultancy BritainThinks, which polled 1,732 adults in England between 6 and 8 August, also revealed that 58% of patients ‘support’ measures practices had to put in place during the pandemic, such as limiting face-to-face appointments.

But just over a quarter (26%) of respondents said that GPs and other practice staff are now ‘responsible’ for addressing the backlog of routine appointments in general practice.

And six in 10 (60%) said that the Government, local commissioners or NHS management are responsible, according to the BMA.

BMA GP Committee chair Dr Richard Vautrey said: ‘This campaign is about being upfront and honest with our patients.

‘We know that Covid-19 has changed how GP services look and feel and that it can be incredibly frustrating for patients who just want to see their doctor, face-to-face, without delay.’

He added that decades of underfunding and serious staff shortages meant practices were ‘ill-prepared’ for the pandemic and that GPs and their teams are ‘just as frustrated’ as patients.

Dr Vautrey said: ‘While the general practice workforce has done everything in its power to improve pressures in their own surgeries, we can’t make the changes we and our patients want to see without urgent Government backing and funding.’

Patients must understand the ‘reality’ that pressures on general practice ‘will only get worse if nothing is done’, he added.

He said: ‘General practice is at a crossroads and the route for general practice to get through this crisis isn’t guaranteed at the moment. All doctors want to do is help their patients, but we need the right funding and resources to do that, and to the standard that our communities understandably expect.

‘We hope this campaign, with GPs and patients working together, is the beginning of not only giving general practice what it needs but also what our patients rightfully deserve.’

It comes as Pulse reported last week that GP vacancy rates remain high, with one in seven posts unfilled – and a group of researchers urged the Government to address GP shortages, especially in deprived areas.

Meanwhile, the BMA’s annual representatives’ meeting (ARM) is set to debate NHS England’s ‘negative briefings’ suggesting GP practices were ‘shut’ during the pandemic – which led to widespread GP-bashing in the media.

NHS England has invited the BMA to return to formal meetings – which have been paused since May due to the row over suggestions that practices were closed.

The British public would like to know if those Television Doctors ever run an N.H.S. surgery——-this morning one was prattling on about the benefits of ”camel milk”

But it isnt just about funding. Its about respect for staff and the entire system, which is broken.

Support yourself to learn what the following word means: no.

Reply
Unsuitable or offensive? Report this comment
Turn out The Lights 24 August, 2021 3:30 pm

To Little to late the exodus will continue from GP land and the BMA.

Doubt that anyone outside Tavistock square will notice. Utterly pointless organisation.

The support that GPs need from their patients is payment of a fee on use of their services.

The 26% who correctly identified that the only people taking responsibility for addressing the backlog are GPs and their staff !
nobody else is doing anything about it, or, probably, even cares.

What a exactly is the definition of a “patient”? Déjà-vu of Maureen Bakers “Put Patients First” campaign. From 2013-2021, reflect on your utter shafting by your own leaders, the “patient” and media: