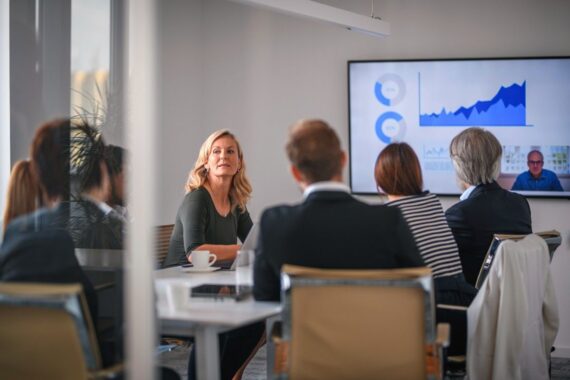 Integrated care systems (ICSs) could take on the commissioning of enhanced services such as the PCN DES, NHS England has said.

NHS England’s director of primary and community care also revealed that ICS leads will be involved in discussions around the next GP contract, although she suggested changes to the current five-year deal in 2024 would be more ‘evolution not revolution’.

Dr Amanda Doyle made the comments at yesterday’s final hearing in the House of Commons health and social care committee inquiry into the future of general practice.

And the meeting also revealed ICSs could be left to determine new models of general practice in their areas.

Dr Doyle said: ‘We are currently working on how much of the functions that are currently held nationally in the central team should be devolved locally so that [integrated care boards] can focus on their local population.

‘ICBs will increasingly be responsible for commissioning primary care.’

‘Some of that is likely to be more appropriate that ICSs commission locally for those services.’

It comes as the BMA England GP Committee is set to ‘discuss’ how it will ‘enact’ policy to withdraw GP practices from PCNs this month, after GP withdrawal from PCNs by next year became official BMA policy at the highest level.

Dr Doyle, who is also a GP and has worked as chief officer of an ICS, also said ICB chiefs should be part of discussions around the next GP contract alongside BMA negotiators and GPs across the country.

She said: ‘It’s really important that we talk to people, not only GPs both through the negotiators [and] widely across the country, but also our 42 new integrated care board chief executives about what’s going to enable them to make most difference locally in their new roles.

‘All of those 42 have signed up to Claire Fuller’s stocktake and the vision that gives us of the medium-term approach and I think it’s really important that we listen to them about not only what we should be looking to deliver, but how we do it most effectively.’

Director general for NHS policy and performance at the Department of Health and Social Care (DHSC) Matthew Style added that the Government ‘will be working with the leaders of integrated care boards to consider what changes do need to be made to the contract’.

He also told the committee that while it is not the Government’s policy to scrap the GP partnership model, ICBs should ‘work with the GP profession locally to invest in and sustain the models that are most effective for delivering that vision set out in Claire’s stocktake’.

When appearing before the health select committee in June, Dr Fuller suggested some areas need to look at GP partnership model alternative.

Meanwhile, speaking on the future of the GP contract after 2024, Dr Doyle suggested there should not be major changes.

She said: ‘I think we need a mixture of evolution and revolution, I don’t think we can have a big bang where we rip it up and start again.

‘But there are opportunities each year as we discuss any changes to the contract to look at things we might want to put in place. And the current five-year period of the contract finishes at the end of March 2024, so there is an opportunity to say “how do we fit integrated neighbourhood teams, primary care networks and a much larger skill mix in primary care – how do we contract for what we want to see?”’

Dr Doyle reiterated that the GP contract ‘doesn’t end’ in April 2024 but that when the current five-year agreement comes to an end ‘it rolls over unless we change it’.

And she revealed that NHS England is not yet ‘well into negotiations’ with the BMA over the next contract but that they ‘need to be thinking very carefully about how the new landscape makes a difference’.

Also speaking at the committee hearing, the new primary care minister has said he does not believe there is currently a ‘crisis’ in general practice.

ICSs this month became statutory bodies and took over commissioning responsibilities from CCGs but it remains unclear how well GPs will be represented within the new bodies.

sounds a bit like divide and conquer, the different GP/PCN models in different places. Either intentional or collateral effect to the slavish devotion to the ICS bandwagon. We need to withdraw form the PCN DES, get the funding into contracts and then the local LMC and GP surgery reps can sit down at the table with the ICS leads. I wouldn’t take any other approach. Been screwed over and mismanaged enough by NHSE and this government and previous ones. Don’t let ICSs have the same opportunity/risk of mismanaging us. Taking back control so to speak.

Don’t know why you don’t just opt out of the PCN. And stop this nonsense. Ohhh….because you’re a sheep, and scared, and pressed your own self-destruct button.