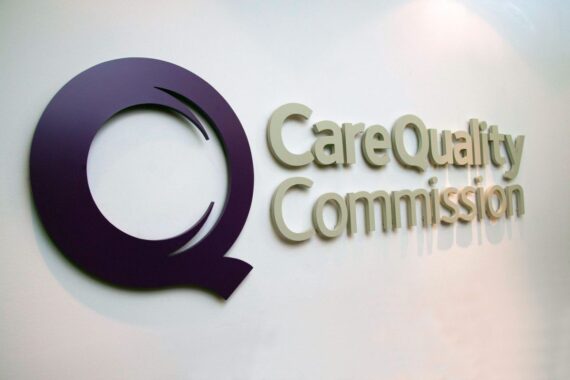 Exclusive The Mail Online misrepresented a CQC study in its coverage on the impact of GP access on A&E attendances.

The small study, cited by Mail Online as evidence backing its claims that GPs have ‘fuelled’ a crisis in England’s A&E departments, is not representative and itself concluded that ‘there does not seem to be a clear single reason driving numbers of A&E attendances’, the CQC said.

The Mail Online referenced the study in an article that topped the Mail Online website last Wednesday, claiming that huge A&E waits are ‘being fuelled by GPs’.

The article said that CQC research ‘attributed’ 4.7 million visits to hospital accident and emergency units ‘to a lack of access to GPs’.

But the CQC told Pulse that the Mail’s 4.7 million extrapolation appears to be based on the responses of 63 participants who reported trying to contact another healthcare service before coming to urgent and emergency care.

A CQC spokesperson told Pulse that the CQC had made clear to the Mail ahead of publication that the findings captured a snapshot of those using the service, for a specific time and area, and cannot be seen as representative of the wider patient population.

The study was based on a small survey jointly commissioned by the CQC and Barking, Havering and Redbridge University Trust to help inform both organisations’ understanding of behaviours across the local urgent and emergency care pathway.

It sought the views of a small sample of people who attended A&E at the trust during a specific nine-day period in December 2021.

The study was presented to the CQC board in February, when a board paper warned against misusing the data and said that users should ‘treat results with caution as they are based on only 63 participants’.

The report does not give a breakdown of which services patients had tried to contact before turning to urgent and emergency care, although it did describe these as ‘most frequently’ being NHS 111 telephone services or GP practices.

The CQC stressed that the regulator had made clear that the results should not be described as representative and that there is nothing in the data to indicate the results are reflective of the national picture.

The board paper added: ‘There does not seem to be a clear single reason driving numbers of A&E attendances, rather a number of different reasons that are contributing and each of which requires a different intervention.’

After GPs demanded an investigation into its claims by the media regulator, the Mail defended its coverage by once again referring to the CQC study as part of the evidence it had ‘faithfully’ reported.

In its response, it said: ‘Figures taken from research by the CQC have also been included which appear to indicate that limited face-to-face access to GPs is impacting wait times in accident & and emergency wards.’

Mail Online had also published a previous article in May that first appeared on the Mail on Sunday, focussing on the CQC research.

The Doctors’ Association UK (DAUK) this week raised a formal letter of complaint to the Independent Press Standards Organisation (IPSO)about the ‘misleading’ anti-GP coverage by Mail Online, which garnered 2,395 signatures.

An IPSO spokesperson told Pulse that it assesses complaints to determine whether there is a possible breach of the Editors’ Code before either launching an investigation or letting the complainant know there is no Code breach.

However, they added that no update is yet available on the status of the DAUK’s complaint.

IPSO recently ruled that another GP-bashing article by Mail Online, linking remote GP consultations with stillbirths, had been ‘misleading’.

Nice to see the bullies are getting a taste of their own medicine from the gutter tabloids for a change!!

What do you expect from the Mail? It has always shown a preference for sensationalism and division over accurate reporting.

Put 3 Gps in A &E to triage all except emergency.

I am just intrigued why CQC would want to publish a study involving such a small number of participants. What is the back story of this ? Why couldn’t CQC obtain enough data for a much bigger , appropriate study before any publication? 😳🤨😈

What does this really tell us ?
Of 63 patients who sought any other advice before attending AE, less than 31 were traiged by GP services; of these, a significant number were told that the correct place of attendance for a fractured or wounded limb was A&E.
Does the Daily Mail claim that this is wrong advice?
How many of the 63 were in fact advised by someone other tahn the GP? It could have been 21 advised by 111 to attend A&E; 21 advised by, oh I don’t know, maybe Dentist Receptionist to attend A&E; 21 advised by hospital consultants’ secretary or chemotherapy nurse to attend A&E; and that leaves…..
There is no mention whatsoever of patients who called GP, with something that would be appropriate to attend A&E with, but because their GP knew that AE waiting times were inhumane, they had the patient attend the GP surgery, albeit less appropriate, and treated them more promptly. Maybe this number was 630 during the sturdy period, but NOBODY COUNTED THEM !

Exactly right, Vinci.
There is a purpose behind this.
Maybe CQC are doing a Charlie Massey?
Would CQC write to the IPSO?