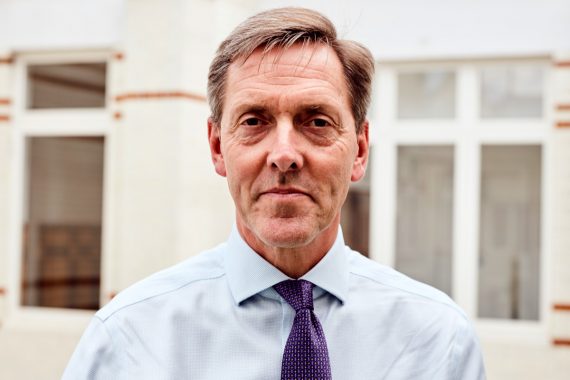 The RCGP has said it is ‘not aware of any evidence’ showing that more patients are going to A&E departments because they cannot reach their GP.

It today announced that it has written to health secretary Sajid Javid, after Mr Javid said it is ‘correct’ that the ‘lack of availability of GP appointments has led to increased pressure on emergency departments’.

In the letter sent last week, RCGP chair Professor Martin Marshall said the College was ‘dismayed and disappointed’ at the health secretary’s suggestion that people are turning up at A&E because they cannot access primary care.

He said: ‘I am not aware of any evidence to suggest that this is happening and would welcome sight of any data you have.’

In a statement responding to the comments last week, Professor Marshall said that there will be ‘many reasons’ for increasing A&E pressures but that the RCGP is ‘unaware of any hard evidence that significantly links them to GP access’.

‘Indeed, GPs and our teams make the vast majority of patient contacts in the NHS and in doing so our service alleviates pressures elsewhere in the health service, including emergency departments,’ he added.

Speaking at a House of Commons Health and Social Care Committee hearing last week, Mr Javid had said he was ‘trying to recall’ a statistic he wanted to cite to back up the claims but ultimately said he would ‘refrain from sharing it’.

Mr Javid also admitted in the same committee hearing that the Government will fail to fulfil its election pledge to recruit 6,000 additional full-time equivalent GPs by 2025.

Professor Marshall said in his letter that the ‘absence of any strategy to rectify this is alarming’, particularly as the GP access plan ‘did not include any new measures to improve workforce retention’.

Data collected by the RCGP ‘suggests that we are at risk of losing 14,000 GPs within the next five years, or roughly 2,800 each year’, he added.

The College has offered to arrange a practice visit for Mr Javid ‘so [he] can better understand the pressures frontline GPs are facing’, or to host a GP engagement event or roundtable to explore support options, the letter added.

Professor Marshall said he hopes the RCGP and health secretary can ‘move forward in a constructive way to resolve the [GP] crisis’ before ‘morale in the profession and public trust in GPs is irreparably damaged’.

In response to the letter, a DHSC spokesperson told Pulse: ‘This year’s GP patient survey found that 8% of people who are unable to get a GP appointment report that they then go to A&E.

‘We are incredibly grateful for the phenomenal work of GP teams over the last 18 months who have helped ensure patients can continue to choose the way they see their GPs.’

The health select committee also heard Mr Javid agree with NHS England that there is no ‘right number’ of face-to-face consultations that GP practices should be aiming for.

It comes as NHS leaders have warned that primary care is the ‘greatest area of concern’ in the health and care system, as new data revealed that the hospital waiting list has hit a record high and ambulance response times have risen to triple the 18-minute target.

Pulse revealed yesterday that an ambulance service sent a taxi to a GP practice in Bristol to collect a patient with a broken hip, after staff waited nine hours for an ambulance. It follows similar incidents over the last few weeks.

However, the health secretary last month said that the pressure on the NHS – including GPs – is ‘not unsustainable’.

Meanwhile, GPs have been given until 14 November to vote in the BMA’s indicative ballot to determine whether or not they want to take industrial action against the Government’s access plan. Results of the ballot are due to be announced on 18 November.

“before ‘morale in the profession … is irreparably damaged’”

Even if we are to “blame” – should we really care? Is it our problem to fix when the “leaders” have wilfully disinvested in primary care for the last decade, overseen a reduction in GP numbers, promoted to the punters an all you can eat caviar service for beans on toast funding? NHSE read my lips – I am full – I can’t do any more…..

The RCGP needs to take a good look at itself and its actions over the last ten to twenty years and ask the question. Do we consider that we have been responsible for placing GPs under ever increasing pressure, by agreeing with, even actively promoting, unrealistic demand after unrealistic demand.

We are frequently reminded who has the power here: the DHSC. This is one of those rare moments when it is a good thing as with power comes responsibility. That’s for everything including training, recruitment, morale and retention. This is controlled centrally and it is in the Govt’s gift to make the job better. It’s YOUR service, and you design and run it. We have no power to do any of this. The GMS contract doesn’t cover natural disasters, workforce planning or demand issues. End of.
There’s no point blaming we poor b*ggers who keep turning up to do the work. Modern slavery is not legal in the UK.

.. oh and the other way would be for the DHSC to allege a contract breach and cancel our GMS contracts, exerting their great power. That would give them the responsibility for re-commissioning an alternative which right now would put us wonderfully in the driving seat when we look at market forces. They love their market forces, don’t they. Oh, and they would have to answer to the voters. What they really want is for us to give up and everything can be our fault, just like the dentists.