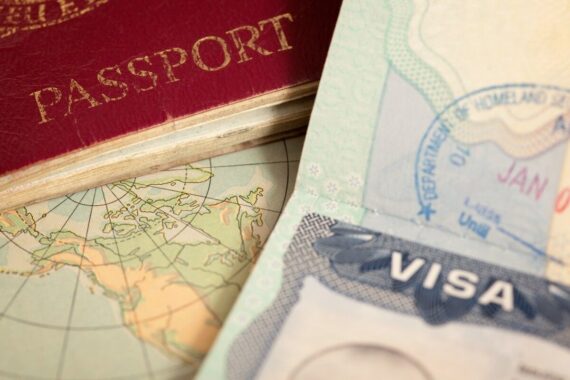 The BMA will lobby the Government to fund GP practices to provide visas for international trainees, under new policy.

A motion put forward by the conference of LMCs and passed in all parts at the BMA’s Annual Representative Meeting (ARM) last week said the BMA will call on the Government to ‘facilitate tier 2 sponsorship / skilled worker status funding for all practices across the country’.

And it said that any existing tier 2 or health and social care visa should be extended before the planned CCT date without trainees having to secure employment for visa sponsorship.

The motion also called for the Government to ‘support the option of relocation of the close family of NHS workers to the UK’ and ‘lobby the Driver and Vehicle Standards Agency (DVSA) to prioritise IMG GP trainees who do not hold a UK driving license for driving tests’.

Proposing the motion, Dr Andrew Wilson of the junior doctors’ conference said: ‘I cannot underplay the vast contribution that international medical graduates have made throughout the NHS, but especially in general practice.

‘One cannot fathom that in this time of extreme GP shortage, why the Government insists on making these GP trainees jump through these hoops, causing some to leave the United Kingdom.’

He added that ‘primitive punitive visa restrictions’ make the ‘transition to the UK even more stressful and difficult than it has to be’.

He told delegates: ‘Even though they have been trained in the UK [and] been proven to be of the UK standard, they aren’t guaranteed permission to remain in the country – this is wrong.’

Pulse had first revealed in April this year that up to 1,000 newly-qualified GPs could face removal from the country when their visa expires next year.

Overseas doctors must work under the skilled worker visa scheme for at least five years before they can apply for indefinite leave to remain (ILTR) and this timeframe covers most specialist medical training.

However, the Government has said that highlighting that these GP visa concerns amounts to ‘needless scaremongering’.

Meanwhile, Pulse revealed last month that only 124 GPs recruited via NHS England’s international GP recruitment programme are still practising in England, out of a target of 2,000.

Motion by CONFERENCE OF LMCS: That this meeting celebrates and values the contribution of international medical graduates to our workforce and calls on the UK government to:-

i) support the option of relocation of the close family of NHS workers to the UK; PASSED

iv) extend the duration of any existing tier 2 visa (or health and social care visa) before the planned CCT date without having trainees to secure employment for visa sponsorship; PASSED

v) lobby the Driver and Vehicle Standards Agency (DVSA) to prioritise IMG GP trainees who do not hold a UK driving license for driving tests. PASSED

Stealing other countries’ workforce. Made in Britain. And slayed there too.