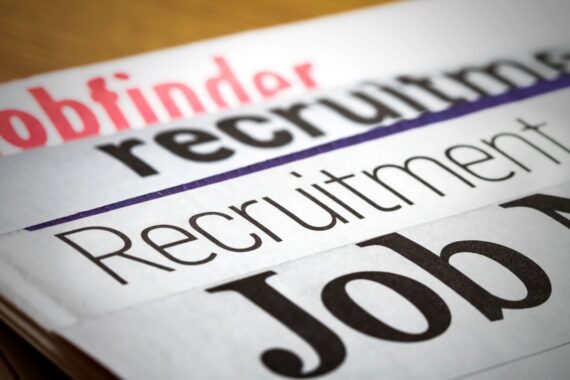 Exclusive Around 17% of GP positions in the UK are unfilled, according to the findings of a snapshot survey of Pulse readers.

The survey of more than 400 GP partners across the UK, carried out in February, suggested 405 full-time equivalent (FTE) posts were vacant out of the 2,361 that respondents said their practices required.

Some GPs responding to the survey commented that they were getting no response to adverts for vacant posts, while others said they were relying on locums.

One GP who said their practice had at least two vacancies, said that salaried GPs were ‘leaving or cutting down on sessions’; that they had ‘no response to adverts’; were ‘unable to replace’ GPs; and finding it ‘nearly impossible to get locums’.

Another GP, who said their practice had three vacancies, described recruiting as ‘a nightmare’.

Chair of the RCGP Professor Martin Marshall said the figures were ‘worrying’.

‘If practice have vacancies, but can’t fill them, the care that the people in those roles would be delivering to patients isn’t being delivered – and the rest of the team, who will already be working under significant pressure, has to pick up the burden,’ he said.

‘Some practices may be able to employ locums to help, but this isn’t a long-term solution to workforce problems, and in some areas it is also difficult to employ locums.’

He added: ‘While the intensity and complexity of workload escalates, the number of fully qualified, full time GPs is falling. GPs and their teams have been working above capacity for too long, and as a result are burnt out with many being forced to evaluate if they can continue working in general practice altogether, often concerned about the impact the pressure is having on their ability to deliver safe patient care.’

Earlier this month, the RCGP warned that unless workforce and workload issues are urgently addressed nearly 19,000 GPs and trainees will leave the profession over the next five years.

The College’s prediction was based on an extrapolation of findings from its own survey, which revealed 42% of GPs and trainees say they are likely to quit the profession in the next five years.

The survey was open between 25 February and 3 March 2022, collating responses using the SurveyMonkey tool, with GPs across the UK asked to respond to these particular questions. It featured a range of questions on various topics. The questions on FTE GP posts and vacancies were answered by 442 GPs. The survey was advertised to our readers via our website and email newsletter, with a prize draw for an £200 John Lewis voucher as an incentive to complete the survey. The survey is unweighted, and we do not claim this to be scientific – only a snapshot of the GP population

this is NOT the case in the real world, and i, for one, cannot understand how he can go on the telly, and pretend it is !

how come the producer, interviewer, whoever, didn’t challenge this ? of course, the reason is that because the “health secretary said it” it is assumed to be gospel ! the newspapers, of course, will pick up on this, and remind joe public that all doctors are lazy sods who spend all day on the golf course !

and why wasn’t there a GP there to give the other side of the story ? answer – because actually they are all far too busy seeing patients !

item on welsh news the other night – “over 700,000 waiting for treatment in the welsh NHS”.

and who did they interview about this horrendous backlog ? that’s right – a GP who can do absolutely nothing about the delays in secondary care !!

you couldn’t make it up !

anyway – rant over – i’m going back out to the workshop to weld my car !

Keep going David. helps us let out steam too 🙂

Will the last GP leaving turn out the lights !
It’s become a job which is not possible to carry out safely = safely for patients and clinicians
Consultations are 10 minutes plus where they used to be about 6 minutes as any easy work is carried out by non GP clinicians at a 10 minute to 20 minute slot
Add in the welcome increase in female GPs meant the government needed to plan years ago for high recruitment and increased numbers of medical students
This predates even the incompetent J Hunt
A car crash made possible by incompetence of politicians
Maybe they are hoping for privatisation by stealth

Unfortunately, they brainwashed your training with tree hugging and fear and reprisal tactics. You remember that MCQ, what to do if you got a gift from a patient? And how to dob your colleague in. Gut wrenching brainwashing. To all those tree huggers, move out of the way, or wake up. If you feel safe in a PCN, remember, it is a prison, or pen. That’s what the P stands for.