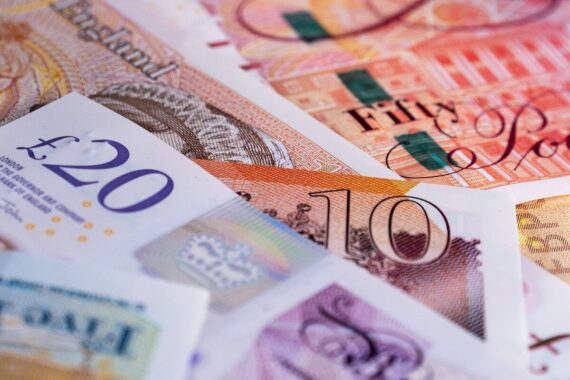 Exclusive Locum GPs are being offered shifts with day rates of ‘in excess of’ £1,000, Pulse has learned.

There have been reports of similar fees in Northern Ireland, but this is the first report of such fees on the mainland.

GP partners expressed concern about the fees, warning that they will contribute to the ongoing recruitment crisis.

In an email sent to GPs last month and seen by Pulse, PCM Chambers said it has ‘in the last few days secured exclusive lucrative contracts to supply GPs to a number of practices across various locations in the UK’.

It is ‘looking to identify GPs willing and interested in earning in excess of £1,000 per day’, giving them the opportunity to ‘become one of the highest earning GPs in the country’, it added.

It said: ‘Naturally, this may require you to travel and work slightly further afield so contribution towards travel expense can be organised.’

All the participating GP practices can offer ‘anything from ad hoc sessions to three-month block bookings at the enhanced rate’, it added.

York GP partner Dr Abbie Brooks told Pulse that the rate is ‘scary’ and ‘not affordable’ but that ‘desperate’ practices will be forced to pay it because ‘locums are really hard to find at the minute’.

She said: ‘From a practice perspective, we find it really difficult to recruit locums and obviously there’s a shortage of GPs so I guess it’s a sign of the times and it’s a sellers’ market.

‘It doesn’t surprise me, I think it’s just a sign of how general practice is struggling and we can’t recruit permanent staff so I think some practices unfortunately will pay that, which is scary really.’

She also raised concerns that these costs are ‘just creating competition’ and therefore pushing rates ‘up and up’.

She added: ‘I do worry about the trend of paying locums more and more because there’s less and less of them – it’s not the answer. The crux of the issue is that general practice is not an attractive job anymore and people are leaving in their droves.’

Dr Thorpe said: ‘The trouble is with the locum rate being so high, nobody’s really committing to joining a practice full-time, so it accentuates the problems that we have in general practice, which then makes the locum rates higher and we’re in a vicious circle.’

He said that while he’d never heard of rates that high before, he is ‘not surprised’.

And he added that the £1,000 paid to the locum doctors is ‘probably the tip of the iceberg’, as the agency may be ‘charging some exorbitant fee’ so that the cost to the practice will be even more.

National Association of Sessional GPs (NASGP) chair Dr Richard Fieldhouse told Pulse that he is ‘disheartened’ to hear the news because a ‘typical’ locum chambers ‘would never – and could never – set a rate in this manner’.

In ‘proper chambers’ individual locums are self-employed and set their own rates, he added.

A spokesperson for PCM Chambers pointed to ‘significantly’ increased GP workload since Covid due to the pandemic backlog of consultations and the ‘ongoing GP shortage’ that ‘inevitably has caused practices to demand even more from an already overworked GP population’.

They said: ‘At the point PCM Chambers are contacted by such GP surgeries, our primary goal is to ensure we provide a GP to meet their specific requirements. Within this remit of guaranteeing patient demand is satisfied, increased rates are sometimes required.

‘GP rates will undoubtedly stabilise once the backlog has been cleared. Until then, if GPs are to be utilised to reduce this backlog of patient consultations and therefore the burden on the NHS, they will need to be paid for this.’

Rates of £1,000 per day have also been reported in Northern Ireland.

The Irish News reported that the Northern Ireland Department of Health offered GPs the fee to provide cover for two daily sessions on dates in July and August at a rural Co Tyrone practice facing a staffing ‘crisis’.

It said this is ‘more than double the standard rate of £440 per day’.

The Department of Health announced last month that Dromore and Trillick Practice’s contract would be taken on by a local trust from 1 July 2022 until March 2023 following ‘extensive work to identify a new GP contractor to take over the practice’ after its current GP resigned.

It said that the Western Health and Social Care Trust would ‘work with the Department to secure ongoing locum GP cover for the practice’ under the temporary arrangement.

A spokesperson for the Northern Ireland Department of Health told Pulse: ‘The Department does not comment on contractual issues. Clearly, the priority has always been to ensure that GP services continue to be provided to local patients.’

In 2018, an investigation from Scottish Labour found that locum GPs in Scotland were paid up to £1,400 a day in rural isles the previous year.

The National Association of Sessional GPs (NASGP) revealed in January that locum bookings almost quadrupled from November 2020 to November 2021, with demand skyrocketing to its highest point in six years.

WE HAVE HAD THIS…..WHEN QUESTIONED THE LOCUM SAID “IF YOU WON’T PAY, OTHERS WILL, TAKE IT OR LEAVE IT”……..SOME LOCUMS SEEM TO THINK (LIKE THE DAILY NUTTER) THAT PARTNERS ARE ROLLING IN MONEY…YET AS A PARTNER MY SESSIONAL RATE IS LESS THAN OUR SALARIED GPs…….AND FOR UP TO 15 HOURS PER DAY…….YES I AM A MUG AND SHOULD GET OUT…….WHAT THE CCGs SHOULD BE DOING IS F****** SHAKING MY HAND AND SAYING THANKS FOR THE AMAZING SERVICE PROVIDED……BUT WHAT DO I GET FROM THE GOVERNMENT….BASICALLY IF YOU DON’T LIKE IT F*** O**-BECAUSE THEY BELIEVE ALL THE FAECES THAT THE DAILY NUTTER PUMPS OUT.
WHY SHOULD I AND MY PARTNER COLLEAGUES BE THE GUARDIANS OF QUALITY? MASSIVELY OVERWORKED AND OFTEN THE LOWEST PAID?………..

I SHOULD ADD THE LOWEST PAID GPs ON AN HOURLY BASIS……

WHO IS TO BLAME FOR THIS MESS??? A COMBINATION OF THE DAILY H. JOB AND THEIR BOSSES THE GOVERNMENT……WELL….YES THEY HAVE “WON THE BATTLE AGAINST GPs BUT BY “CONSTANT POLITICAL SHELLING” HAVE TOTALLY FLATTED GENERAL PRACTICE AND EXTERMINATED GP PARTNERS IN THE PROCESS…….ER WELL DONE…..YES YOU AND YOUR SILLY FRIEND THE DAILY JERK HAVE WON…..YOU DID IT……..NOW PATIENTS ARE LIKELY DYING OF ENTIRELY REVERSIBLE CONDITIONS BECAUSE OF YOUR “INSANITY”…….

PM mate. Capitals do not mean emphasis more SHOUTING. Or has your Caps Lock stuck on, again?

MY CAPS LOCK, sorry my caps lock has stuck on again-that’s better-anyway thanks for listening Paul, you are a pal !

the welsh NHS have decided that all locums must be treated as “employees, but for tax purposes only”. this means no sick pay, no holiday pay, no mat(or pat)ernity pay – i.e. no benefits of being an employee. also – no benefits at all of being self employed if working for a practice that is (mis)managed by the welsh NHS. this is completely at variance with HMRC’s own rules/guidance which says that every locum should be treated individually, and HMRC specifically say that a blanket application of IR35 is not appropriate – see their own website.
effectively, this means you, as a locum, have none of the advantages of being self employed, but also none of the advantages of being an employee !!
what is the remedies for locums in this position ?

simples ! increase your fees for (mis)managed practices by 50% !

it’s no good the welsh NHS bleating about locum costs – they are in control of their own destiny !

and that is why, at least in wales, there are higher costs, and fewer locums in (mis)managed practices.

That’s how much I love my job!!

What an exceptionally divisive headline and how classically ‘Pulse’. I have in the past worked for this agency and would never do so again. If they are able to pay £1000 a day good luck to them but I wouldn’t touch them with a barge pole. Good chance you might not get paid or if you do it’ll be 4 months late and for work somebody else did. Their marketing department is obviously on fire big-ing themselves up doing interviews with pulse and annoying employed GPs and partners but their accounts department is in a whole other level of ineptitude. If you work as a Locum I suggest you bill direct and avoid the middle (wo)men.

This isn’t new. It was there before pandemic.
But medicine is a whole lot riskier now. Money doesn’t matter if you make one mistake out there in the sticks. The good folk aren’t coming to save your rear.

That is nothing. Lawyers now earn £660/h. It is actually easier to get into law school.

FY2 doctors get £85/hour for locum A&E shifts – nice clear cut shift work that does not turn into 12 hour days, just two years out of medical school. Sets expectations very high for later in life. Don’t even think what agencies pay locum consultants. The NHS is haemorrhaging funds because it has not get staffing right.

I’m really sorry to read this. As senior partner in my old practice we haemorrhaged money to locums before we all left and now it is directly managed with twice the global sum. All the partners worked 16h every day. Our local CCG / ICO now know the real cost and hassle of running a practice. For me it was lovely to start working as a locum afterwards. You have to step back and look hard at what you are indoctrinated to do, with punch-drunk tunnel-vision and a lack of courage to be objective. Every partner who stays is delaying the shake-out we all need. The patients are ultimately the responsibility of the DoH&SC and don’t kid yourself that you are irreplaceable. That’s a form of arrogance and the Civil Service snigger at this behind our backs. If the locums cost a lot, that will in theory come out in the Pay Review Body evidence (if you trust the lies about that system) but it didn’t feel like that when I took the 60% pay cut to pay for locums back then!

£1000 a day isn’t unreasonable for locum work. Similar professions make this or more. My solicitor charged £250/hr and barrister was charging £750/hr. Even the new BMA recommended rates for consultant is £150/hr daytime for extra work. About time doctors got paid their worth. https://www.bma.org.uk/media/5867/20220291-bma-consultant-rate-card-final-june-2022-v2.pdf
Even Teaching Assistants can get £70 to £80/hr via an agency. https://jobs.theguardian.com/job/8199732/teaching-assistant/
Math teachers £110-£180/hr https://jobs.theguardian.com/job/8199601/teacher-of-math/
So lets get some perspective. The rest of the world is demanding pay that reflects the demand and their worth, why not doctors.

How much do other professions charge an hour? Law, IT, dentistry, even plumbers and electricians will charge similar, if not more.

Here are the BMA consultant locum rates by the way: https://www.bma.org.uk/pay-and-contracts/pay/consultants-pay-scales/consultant-non-contractual-rate-card

I think as a profession we are generally undervalued, even by ourselves. Time to charge what we’re worth!

Just checked : I’m registered with the GMC, not the Charity commission.

No payee, no workee as someone else said on this forum.