Two-thirds of GP practice nurses considering quitting in next year 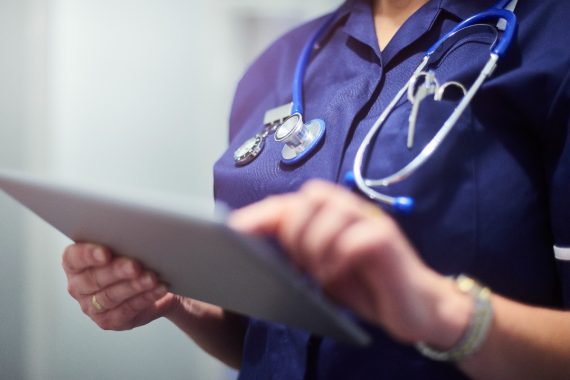 Two-thirds of nurses working in general practice are thinking about leaving the profession within a year, with many saying they feel overworked and undervalued, a survey has found.

The poll of 393 general practice nursing staff from across the UK, carried out by Pulse’s sister title Nursing in Practice, included 285 practice nurses, 65 nurse practitioners and 24 ANPs, and ran from 26 January to 16 February.

It found that nurses mostly wanted to leave by retiring early (18%), followed by:

A further 14% were not sure how, while 5% wanted to leave by other means.

When asked to explain why they felt like leaving, many said they felt exhausted, overworked and underpaid, with too little time to do their jobs to do the best of their ability.

Only 33% of respondents said they were not considering leaving their jobs in the next year.

A GPN in the East Midlands shared that they ‘can’t sustain the stress levels and demands’, while a nurse practitioner in the same area said they ‘cannot see any improvement on the horizon’.

Meanwhile, a nurse practitioner in Northern Ireland said: ‘After 41 years in health care provision, it appears to be getting a lot harder to spread myself over the amount of work and time I have in order to provide a gold standard of care for my patients.’

And a practice nurse in North West England summarised: ‘I feel I am not given the time I need to do my job to the standard that I would like to. Feel undervalued.’

Several also cited frustrations with their variable pay, terms and conditions compared to other nurses on standardised NHS Agenda for Change (AfC) contracts.

A GPN in the West Midlands said that when nurses on AfC contracts were awarded a 3% pay rise last year, practices nurses felt ‘excluded’ and ‘so undervalued’ as a result.

RCN professional lead for general practice nursing Heather Randle said our survey’s findings came as ‘no surprise’, particularly after the ‘huge pressures’ of the Covid-19 pandemic ‘against a backdrop of poor pay and working conditions’.

She concluded: ‘Staff feel undervalued and invisible, and it’s desperately sad but not surprising that many are thinking of leaving their jobs. Even before the pandemic, the system was under strain with not enough skilled nurses. Now it is in crisis.’

This comes after research found practice nurses have ‘vast’ and ‘complex’ clinical skills, knowledge and expertise that is ‘poorly articulated’ by themselves and ‘underestimated’ by others.

The news comes as RCGP president Professor Dame Clare Gerada has called for a new arms-length body to hold the NHS to account for staff mental health in a bid to boost retention.

A version of this article was first published by Pulse’s sister title Nursing in Practice.

Not really a surprise is it? In the headlong rush to recruit ARRS-practitioners, P/N have indeed been taken for granted. And when you figure that the reimbursement for a Social Prescriber is in excess of £30k as a starting point with tiny caseloads and limited clinical responsibility, it does not make P/N look very attractive in comparison. The inexorable decline of General Practice continues.

Reply
Unsuitable or offensive? Report this comment
Turn out The Lights 23 March, 2022 11:20 am

The writing been on the wall for a decade or more.Arrse moneies have been wasted,the endgame for GPs and the NHS approaches.PCNs have failed all those extra role will not do a significant proportion of the roles thes professionals fill.A&E is going to be busy!Qof will fail and the snoball will gather pace as it rolls to the bottom.

Once again, Pulse dramatises by a misleading Headline: – generalising a poll of 1.6% (393) of the 24,000 nurses working in GP practices and then using this to assert that 2/3rds of Practice Nurses are ‘considering quitting in the next year’ is simply deliberate obfuscation.

The 2/3rds figure comes from totalling the percentages of all the quoted career possibilities, not just that of retirement.

This is not to suggest that problems and/or dissatisfaction within the nursing profession do not exist; it is a comment on the negative approach to reporting which has little, if any, benefit.

The App will sort it out. Don’t worry.