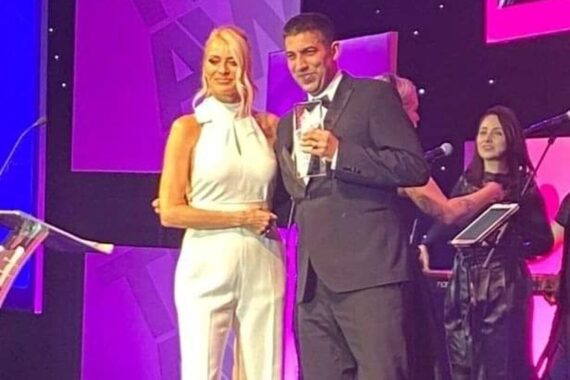 Pulse’s own Jaimie Kaffash has won Editor of the Year (business media) at this year’s prestigious PPA Awards.

The Pulse team had also been shortlisted Media Brand of the Year (Business Media), Cover of the Year and Innovation of the Year for Pulse PCN at the awards which celebrate the achievements and progress in the publishing industry.

‘This editor plays a huge part in highlighting important issues and consistently puts out relevant content for the readers.’

Jaimie said: ‘This is a recognition of the team, first and foremost. I have been in awe of how they have managed to produce so much incredible work throughout the pandemic.

‘It is a pleasure to continue editing a magazine for such an engaged and smart audience, who are so willing to highlight problems and injustices in the health service – and occasionally what is going well! – and tell us when we get things right and wrong.’

It follows a string of recent wins for Pulse who won launch of the year for Pulse PCN at the British Society of Magazine Editors (BSME) awards in February, with Jaimie winning BSME editor of the year in 2021 receiving praise for Pulse’s pandemic coverage.

At last year’s PPA’s Pulse deputy editor Sofia Lind also won Unsung Hero of the Year for her work during the early stages of the pandemic. Pulse were also named Business Publication of the Year and Jaimie Editor of the Year at the PPA Independent Publisher Awards in 2021.

At next week’s BSME Talent awards, the Pulse news team is nominated in the best team category, while Sofia is shortlisted for best deputy editor and Costanza Potter for best writer.

I, however, am treated like a “human turd” by the NHS and work up to 15 hour days and the most likely recognition I will get is a knuckle sandwich off a disgruntled daily nutter reading patients………is that morally right………basically F*CK it-he is a worthless GP, medical cannon fodder………