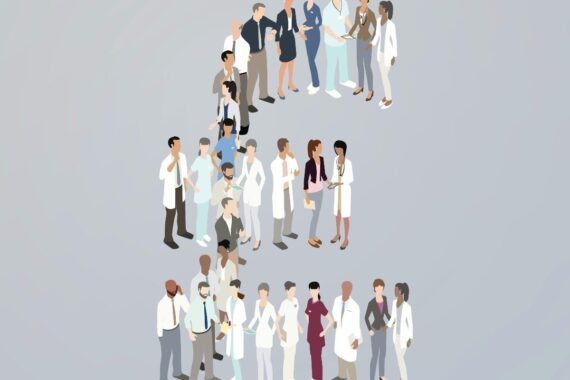 Some GP practices are being offered help locally with tier 2 sponsorship costs for GP trainees.

Somerset LMC said in a bulletin that they are ‘getting increasing enquiries from GP trainees some of whom qualify in August 2022, that will need to be sponsored to remain practising in the UK’.

It said: ‘The CCG have confirmed that they are able to help with the costs on an individual basis where it can be shown to help with resilience’.

Home Office rules state that foreign doctors must work under the skilled worker visa scheme for at least five years before they can apply for indefinite leave to remain (ILTR) and this timeframe covers most specialist medical training.

In further details provided by the LMC, it reminded practices that financial support from NHS England to cover the application costs ended on 31 March 2020.

It said: ‘However it may be that practices will be able to approach their CCG for reimbursement of costs associated with becoming a tier 2 sponsoring organisation.

It added: ‘Despite this uncertainty there may be some organisations for whom it may still be beneficial to apply for a sponsorship licence and therefore employ someone who requires a tier 2 visa.’

For GP trainees, NHS England said it will ‘reimburse any health and social care worker visa costs for the GP and their dependents if they remain in England to practise after qualifying’.

It added that ‘other international GPs working in England may also request this support’.

Meanwhile, under new policy, the BMA will lobby the Government to fund GP practices to provide visas for international trainees.

Pulse had first revealed in April this year that up to 1,000 newly-qualified GPs could face removal from the country when their visa expires next year.

However, the Government has said that highlighting that these GP visa concerns amounts to ‘needless scaremongering’.

Meanwhile, Pulse revealed last month that only 124 GPs recruited via NHS England’s international GP recruitment programme are still practising in England, out of a target of 2,000.

On 1 July 2022, CCGs were replaced as commissioners by integrated care systems (ICSs).