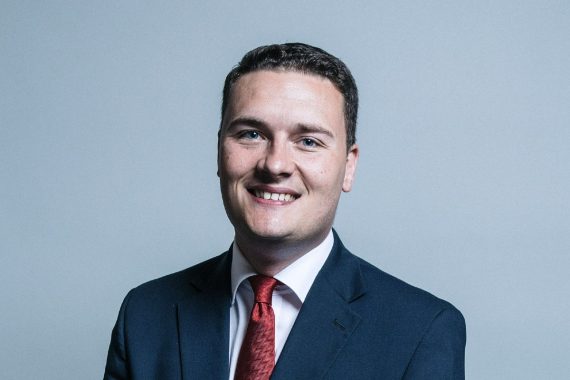 There is an ‘appetite’ among GPs to ‘play a much greater role’ in population health and ‘active prevention’, according to the shadow health secretary.

Labour’s Wes Streeting made the comments whilst giving a talk at the Institute for Government earlier this week, where he also suggested that the NHS app could use push notifications to prompt patients to see a GP, based on the patient’s activity levels.

He said: ‘I think if you can align the people with the technology in the right way, that’s potentially a really exciting career.

‘They might look back and think, well, I’m really proud of the fact that in the time I’ve been a GP, in this particular community, the rate of diabetes has decreased by 10%, or I’ve made a really big difference to women’s health in the community, and quality of life and gynaecological provision, whatever it might be.’

Mr Streeting also said primary care needs a ‘different structure’ to improve patient experience, which ‘leaves a lot to be desired at the moment’.

This would also make general practice a ‘really exciting place for someone starting out their career to be’, he said.

He said that while ‘GPs are not famous in the history of the NHS for wanting to see a reform of primary care’, there is an ‘acceptance’ among GPs that ‘the primary care model is broken’.

Speaking about data, he said patients could share data into the system in return for ‘personalised advice’.

He said: ‘I might have an accident, I might injure my knee and after five days or so, the [NHS] app I keep in my pocket notices that I’m a bit sedentary and I get a push notification saying, “We notice you aren’t walking as much today, are you in pain, do you need to come and see a GP?”’

He added: ‘There will always be people who want to see their GP face to face, and they should always be able to.’

Meanwhile, under health secretary Sajid Javid’s new plans, GPs could be offered incentives to be directly employed by ‘academy-style’ hospitals instead of running their own practices as independent contractors.

And an upcoming white paper on health disparities could set out a plan to attract GPs to work in deprived areas.

Mr Javid also said the Government wants to see 75% of adults in England using the NHS App by March 2024 as the ‘front door’ to the health service, with expanded functions such as personalised advice.

It all comes as a major Pulse survey revealed that half of the existing GP workforce plans to retire at or before the age of 60.

And GP pension experts have recently warned that an average GP could be hit by a ‘nightmare’ £33k tax bill due to the ‘unfair’ way inflation is applied to their pension.

No difference between the 2 major parties on their views of the future.More GP TO DO!

and the appetite is based on what evidence ?. Perhaps a clue to what appeal is left of general practice lies in the name ie General

a good read
Range: Why Generalists Triumph in a Specialized World

Yet another clueless politician although surprisingly from Labour. He also chooses to insult GPs . Clearly he is unaware that any meaningful progress in General Practice over the years has come from innovation by coal face GPs and not politically imposed directives.

The only thing that is worthwhile as a GP of 30 years is the pension.

Fortunately on old rules/regulations & political experts have even tried to stuff that too.

I feel sorry for the newbies.

No surprise my 2 children avoided medicine like you would a rabid dog.

This guy’s views are about as far removed from reality as it is possible to get!
He looks and sounds like an over-enthusiastic six former on a work experience placement

Facile nonsense. Preventative medicine is somewhere between the most boring and demoralising part of the job.

Get me the staff. Please!

What an extraordinarily ignorant and simple-minded opinion.
Why is that politicians and senior NHSE managers wear their ignorance of general practice like a badge of honour?
‘to be absolutely certain about something, one must know everything or nothing about it.’ (Kissinger)

How disgustingly derogatory. “‘GPs are not famous in the history of the NHS for wanting to see a reform of primary care’. Without GPs surviving and weathering politicians faecal storms, your NHS would be zero pal.

How outdated and archaic. As much waffle as “patient centered” and “patient first”.
No, its not like that.
Get real.

In a politicians cerebral vortex, they think you love caring about a patient’s gym activity and how much they ate and their post-prosecco gastritis via an app to give them lifestyle advice and some numbers for their accidental cocaine meddling at the local countryside festival. They think that social prescribing, and weight management advice and some food brochures, more “caring” home visits, template filling and nannying candy floss nonsense is exactly what GPs are hungry for and get them out of bed. That purpose of fixing the privileged life. Read this to a 24 year old medical student in the new generation. They’ll laugh at such myopia.

And the last time I checked – our colleagues from university – the DENTISTS – are really passionate about talking about improving population health. NO – they want your debit card, and want to sell you a nice little treatment plan. And that is where Primary care is going and is well overdue. GPs are not a social gutter, for politicians to hide behing. Come down, and face the public, instead of standing by new MRI scanners, and an empty clinical room in a ghost ward. Go into A+E and smell the air.

Nice lad; means well.
Does his Mum know he’s out ?

Of course population health is important, and it’d be lovely to be able to address it. However, if you’re on a sinking ship and you have ten people bailing water out to keep it afloat, you don’t get five of them to stop bailing to do a root cause analysis of how you ran aground.

Because if you do, the ship sinks.

And in answer to the Tory boy Sajid, I would rather quit the profession than work for my local hospital trust, which the CQC generously describes as “Requires improvement”.

‘I might have an accident, I might injure my knee and after five days or so, the [NHS] app I keep in my pocket notices that I’m a bit sedentary and I get a push notification saying, “We notice you aren’t walking as much today, are you in pain, do you need to come and see a GP?”’

To which the GP might say, “You have had an accident in the past 7 days and should attend a service which has the contract to manage such problems – your local Urgent Treatment Centre.”

Funny how everyman and his dog who isn’t an actual GP knows the solution! Reality just down the road for most tho,and it will make the hike in heating etc appear trivial but then again, what do us GP’s know!!