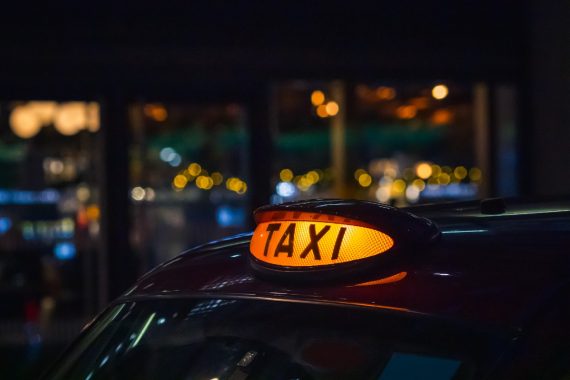 Exclusive An ambulance service sent a taxi to a GP practice in Bristol to collect a patient with a broken hip, after staff waited nine hours for an ambulance, Pulse has learned.

Two members of staff at the Three Shires Medical Practice were ‘tied up’ for nine hours supervising a patient with a fractured neck of the femur on 14 October, GP partner Dr Richard Greenway told Pulse.

The South Western ambulance service sent a taxi to collect the patient at 9pm as it said there was no ambulance available, he added.

Dr Greenway said the practice has ‘no facilities to look after sick patients with fractures’, and ‘tying up’ two members of staff for nine hours ‘means that other patients can’t get care’.

In September 2021, the average ambulance response time in England for a category 2 call was 45 minutes 30 seconds – more than double the national standard target time of 18 minutes.

And the practice has dealt with other similar incidents over the past month, he added.

On 26 October, the practice rang for an ambulance for a patient suffering a heart attack, he said.

The patient had previously called 999 from home with chest pain, but did not receive an ambulance and was told at 7:30am to ring his GP.

The patient was in hospital at 11am but at that point was beyond the window of treatment for his non-ST-elevation myocardial infarction (NSTEMI).

Last week, another patient with acute heart failure and atrial fibrillation (AF) had to be kept on oxygen in the surgery to keep his saturation above 90% for four hours before an ambulance arrived.

Dr Greenway said they were ‘minutes’ from running out of oxygen but that after a ‘further strong call’ to 999, an ambulance eventually came.

Dr Greenway added: ‘This is getting very dangerous. These [cases] are the tip of the iceberg, and not exceptional. What is going on out there? We are being told hospitals are not allowing ambulances to offload – but people will die if this doesn’t improve.’

The South Western Ambulance Service could not provide specific details on the incidents.

However, a spokesperson said: ‘Taxis are only used to transport patients in a very small minority of cases where it is clinically safe and appropriate to do so. This would not occur in emergency or life-threatening situations.

‘Taxis are only used in extreme circumstances when demand on ambulance resources is exceptional and any patient offered a taxi will have been clinically assessed as safe to travel.’

They added: ‘Like all ambulance trusts across the country, South Western Ambulance Service has also seen a significant increase in demand for its services on an annual basis.’

It comes as a GP at another Bristol practice waited five hours for an ambulance before taking a child patient to hospital herself, and a GP practice in Norfolk is looking to double the amount of oxygen it stores on-site due to ambulance delays.

It follows health secretary Sajid Javid saying last week that a lack of GP appointments is to blame for increased pressure on A&E departments.

In 2019, a major Pulse investigation revealed that ambulance trusts across the UK were invariably taking more than double the time on average to attend calls from GPs compared with those made by the public or other services.

Exclusive: ‘Worst-performing’ GP practice data based on just one month

So a #NOF isn’t an emergency ?

are you using your own brain or just breaking one in for a moron ?

1) when did the ambulance response target increase to 18 minutes?

2) #NOF IS an emergency : inflammatory response set is within minutes, and increases coagulability; immobility increases risk of clots beyond about 15 minutes; the both together put patient at very high risk of clotting pre-op after about 1 hour; but on top, when you add a GA for operation to the two heightened risk factors, the risk of clotting and PE is very significantly raised; If operation is delayed in presence of immobility and reduced air entry from pain, then risk of pneumonoa is very much higher after GA too. overall, this patient’s chances of fatal outcome were multiplied many fold ! This is just not acceptable in a supposedly civilised society. Or is it just another example of Government’s eugenics plan to reduce population?

A fracture neck of femur, or even a suspicion of it, requires immediate assessment in hospital.

Calling it an emergency or life-threatening, or not, is a linguistic distraction.

open theaters immediately? i doubt it

I can’t believe this has to be pointed out to you : patients with a #NOF usually have one or more (sometimes hitherto occult) co-morbidities that have precipitated the fall, require correction (think sepsis, metabolic disturbance, acidosis, coagulopathy , arrhythmia, volume depletion/ overload etc) so the CLOCK IS TICKING: admission IS an emergency.

When do you take your finals ?

I’m not surprised. At our local Tennis Club in Stourbridge, a man in his 80’s had collapsed and cut his head. I went to the gym that evening, the staff asked me to see him as he had been waiting for 10 hrs, after calling West Midlands Ambulance Service. I assessed him and decided he was safe to go home, phoned his Gp who I knew and all was well, we phoned the ambulance service to cancel the call, their first question. ‘Is the patient breathing’ I had to reply I didn’t know as he was now at home. Sadly all too believable.

i want to know if the meter is still running while they wait to offload the patient !!