PCNs to receive £7.46 per patient for new Monday-Saturday access service 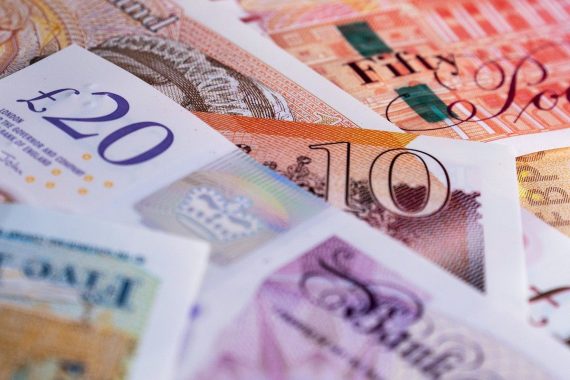 GPs will be funded £7.46 per patient to deliver the new PCN extended hours scheme, the BMA has confirmed.

New BMA guidance on the 2022/23 GP contract changes set out the details of the new service, which is due to begin from October as part of a new access offer within the network DES.

The guidance confirmed that PCNs will be funded ‘£7.46 per weighted patient’.

This represents 2p more than the combined funding for the current £1.44 per head Network Contract DES extended hours funding and the current £6 per head CCG-commissioned extended access services – which are being ‘brought together’ into the DES.

The 2022/23 network contract DES specification, which will set out final details of the service, is expected to be published imminently.

NHS England has said that ‘preparatory work’ for the service will begin ‘from next month’, ahead of delivery starting from 1 October.

It was previously unclear whether the funding itself would be combined into the DES.

Earlier this month, NHS England announced the imposed GP contract changes for 2022/23, which said that PCNs in England would need to offer routine services between 9am and 5pm on Saturdays.

Under the new service, PCNs will need to provide a ‘minimum of 60 minutes of appointments per 1,000 PCN adjusted patients per week’, with bookable appointments for ‘any general practice services’ – representing the workload for both the current DES service and the one commissioned by CCGs.

But NHS England and the BMA had both refused to clarify to Pulse what funding PCNs would receive for delivering the new PCN extended hours scheme.

The 2022/23 update to the GP contract was met with dismay across the profession.

The BMA GP Committee for England said it is considering its ‘next steps’ as a negotiator has called for a vote of ‘no confidence’ in NHS England leadership.

It comes as new BMA guidance on ‘safe working’ last week encouraged GPs to ‘consider’ opting out of the PCN DES.

And a King’s Fund report this month warned that PCNs have ‘inadequate funding’ and support to implement the additional roles scheme, with many networks lacking ‘a clear, shared overall purpose’.

SO what happens if the offer of £7.46 is declined as uneconomic. Business is about profit not turnover

So for example for 12,000 patients at minimum 12 hours weekly, this equates to £143.46 per hour to organise, staff and run the service during unsociable hours. Good luck with that PCN’s. NHSE will be immensely grateful for your continued voluntary work.

I don’t know that money is the issue here given that the allocation for appointments is across multiple clinical roles – not just GP’s. However a lot will depend on whether there is a new definition of what 60 minutes of appointments looks like. If it is 4 or 6 appointments per 1000 per week – then really what we are talking about is an extra 90minutes clinician time for every 1000 patients per week. Where would these clinicians be coming from exactly? Its the staffing that is the issue. Some can be released from existing services currently employed under the £6 component…but I wouldn’t fancy the chances of fulfilling a full quotient to be up and running in 6 months. The ARRS staff recruitment (for example and comparison) isn’t exactly going brilliantly. (At 4 appointments it is about £36/appointment at 6 it is £24)

Let’s just get the elephant out of the room.
Those PCNs who are themselves (the corporate types – with their own 3 or 4 branches). All they will do – is reduce daytime slots. And redirect their locums and salary to the “extra” slots – well done Think Tanks and Kanani et. al. More dollar for big cats. There is no accountability there – nor “working together”. Let’s see if you TRACK – actually what these slots are being used for. Likely “admin”.

Lots of fuss made in Pulse and by others for what is purely a rebadged service that exists already.

So do we just close on Wednesday and open on Saturday then?

GR – yes it does exist – but it is sh*t, and doesn’t meet SLA’s – because there are not the staff to run it. So – as long as we can keep tootling along not fulfilling contract agreements, and the commissioners are happy to turn a blind eye we should all be fine….however – I am not one of those corporate types – so if I am arranging it – I’d rather not take that particular chance.

Chris. I don’t know where you are but for sure our current extended access, while well intentioned, isn’t really a help to us or our patients at all. Frankly there is no replacement for seeing us that is adequate anyway but work is ongoing to try an improve things. The hassle in this will be area dependent I guess. Here the CCG uses our federation to provide the current service and that same federation will be providing the rebadged service. So here it does feel a lot more fuss than necessary. I don’t now about elsewhere but there should be a service to rebadge everywhere. Regards lack of staffing the only message that is effective in that is a failing service, everything else is ignored. GPs though don’t let things fail.

(1) The catch here is the extended access is indeed already existing but delivered by CCGs. What is going to happen to CCG ? RIP on 31/3/2022🤭 . The GP representation on ICS board is disproportionately and egregiously low . Terms and conditions on this ‘new’ PCN-led extended access are open to all interpretations. If you study penology , this is exactly the penance Agent Hunt referred to when we gave up our if hour duties in 2004 GP contract , remember that ?🙄😈
(2) The argument is now about ‘hazardous stretching beyond limit’ . Yes , NHSE/I can argue the contract was so called agreed after consultation with BMA/GPC in 2019. But that was then , this is now . Did we know the world would become dangerous on the brink of a world war now again in 2019?😳😵‍💫🤨👿?
(3) After all , as in my aforementioned comments , all these services under PCN ideology will become meaningless against the backdrop of an eventual vertical integration (VI) heavily inculcated by the health secretary. Would the government really care about whether these ‘interim’ PCN-led services will help GPs or not ??🤨😈

Correction
…..out of hour duties ……

Reply
Unsuitable or offensive? Report this comment
Turn out The Lights 17 March, 2022 8:58 am

More homeopathic funding for the pcn des.Still there will be some of our brethren chasing the tuppence thrown in front of the oncoming ics bus.