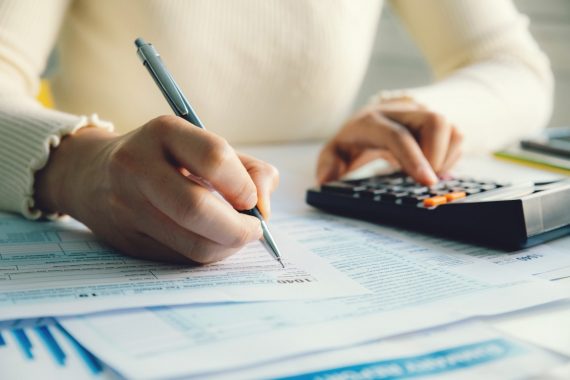 Exclusive There will be no adjustment to practice funding to enable them to adhere to recommended pay increases for salaried GPs and staff, the Department of Health and Social Care (DHSC) has told Pulse.

The uplifts agreed in the 2019 five-year GP contract deal for GP practices remain fixed, the DHSC said, despite the Government recommending a 4.5% pay rise for salaried GPs, and at least a £1,400 pay rise for staff.

While last week’s report from the Review Body on Doctors’ and Dentists’ Remuneration (DDRB) had said it would not be making a ‘formal recommendation’ for groups under multi-year deals, such as GP partners, it had urged the Government to work with the BMA to ‘take action to address these issues’.

But a DHSC spokesperson explained to Pulse that the agreed investment envelope is fixed, and the core settlement covers all aspects of practice income and expenses, including salaried GP pay.

On background, the DHSC told Pulse the multi-year GP contract provides funding clarity and certainty to practices until 2023/24, and that employers have the flexibility to offer enhanced terms and conditions, for example, to aid recruitment and retention.

The DDRB was not asked to make a pay recommendation for GP partners as these are subject to a five-year investment agreement to 2023/24, it stressed.

A spokesperson said: ‘We are accepting the independent review body’s recommendation to increase the minimum of salaried GP pay scales by 4.5% in full.

‘The report considered a range of evidence from organisations, including the Government, NHS, trade unions, alongside factors such as inflation, the cost of living, retention and morale.

‘As self-employed contractors to the NHS, it is for GP practices to determine uplifts in pay for their employees within the agreed GP contract funding envelope.’

Dr Kieran Sharrock, BMA England GP committee deputy chair, told Pulse: ‘The Government has wilfully ignored the pay body’s recommendation to  provide GPs who run practices with extra funding, meaning they have no additional means to meet even the meagre 4.5% uplift for staff, nor to pay for rocketing practice expenses as inflation bites.

‘That is not to mention the “pay rise” in fact amounts to the wages of hardworking staff being cut by more than 6% in real terms.’

He added: ‘Without offering adequate funding the recommendation to raise pay is simply insulting, and is adding impetus to the exodus of experienced doctors from the profession.

‘This sort of wilful obstinance shows just how completely out of touch this Government is with the experiences of those on the ground. Our message is clear: enough is enough.’

The BMA’s GP Committee, which was last week given a mandate to explore industrial action in response to the pay announcement, told Pulse yesterday that it remains in the early stages of preparations.

Meanwhile, NHS England recently warned that it may need to make cuts to primary care funding if staff are awarded a pay rise of above 3% and it is not given more money to pay for it.

But, since then inflation has been running rampant and with the Government accepting a DDRB recommendation for salaried GPs to receive a 3% pay rise in 2021/22 and 4.5% in 2022/23.

Last year, the BMA said GP staff pay rise recommendations were an ’empty promise’ without additional funding for GP practices to pay for it.

Meanwhile, the Office for National Statistics (ONS) last week said that a ‘large rise in GP appointments’ was a main contributor to UK economic growth in May.

Reply
Unsuitable or offensive? Report this comment
Turn out The Lights 29 July, 2022 1:36 pm

What do they want us to cut.

The government recommendation is nothing more than lip service.

BMA GPC. It’s time
To draw up a shortlist of potential
Industrial actions and ballot us properly
And of course pull the plug on PCNs , you have a mandate for that too!
This is surely the worst contract you ever negotiated, and to agree a “ balancing mechanism “ to cover such eventualities without signing off the detail was “ unwise”( I am being polite )
You got us I to this hole now dig us out!

There are moments in time where government policy becomes suddenly very clear and I feel this is one.
It should lead to a huge push back on the environment we work in and our future contracts.

Nice to recommend pay rise when some one else pays . I can do that.

There is no stated number of appts in the contract. So surely the answer is an 8% cut in appts. Achieved by longer appts. Patients may not be happy but just imagine?

Seems HMG either has other plans for primary care?
or
feels it can get away with this nonsense because any ‘resistance’ will meet with fury from the Daily Mail and Telegraph with more patient anger
ARRS roles are more or less covered for this pay increase and 2′ care too
Primary care General practice is not because the multiyear deal was not a good deal
Pull out of PCNs at this late stage and Community providers and 2′ care will absorb the money the people and doubtless better negotiate the work

I often wonder how much of this abusive relationship GPs will take before they “do a dentist” and walk away from the NHS.

The government and patients can get what they pay for – a reduced primary care service and greater demand on ED.

When I am asked by patients why their GP service is getting worse, I will tell them the truth – that the government did not pay to cover wage inflation and therefore there have had to be staffing cuts.

In that case no more pay rises !

We should go private like the dentists, lawyers. Get the control back. It is what being a professional is all about.

Reduce the work, stop the add on work. Simple. Sorry computer says no. Call PALS and your ICB so and so.

I’m lost for words ( except ‘unbelievable’ … or maybe ‘not surprising’ from this government). We all know this means suggested pay rises sadly may well not be honoured if / as likely to be, unaffordable…

The numbers show plenty of us already have and more are following every day.

The above comment is a response to John Glasspool’s.