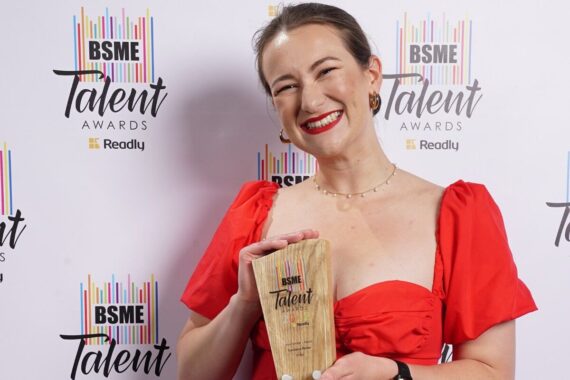 Costanza joined the Pulse team at the start of 2020, having worked at our sister magazine The Pharmacist.

She was immediately plunged in reporting on the pandemic, excelling in writing about the guidance being issued by the various health bodies.

Last year, she broke ground-breaking exclusives centring on the vaccine roll out, revealing that one GP practice was under investigation for giving vaccines to ineligible patients to prevent them from having to throw the vaccines away – a story she spoke about on BBC News.

She also revealed that GPs were told they can give unused Covid vaccines to patients outside of the designated cohorts, and that thousands of doses were in danger of being thrown away.

The judges said: ‘In a highly competitive [field], much debated by the judges, Costanza stood out for her tenacious reporting that had a big impact to the magazine’s audience and beyond.’

Pulse editor Jaimie Kaffash said: ‘Costanza is a star and is a real credit to the publication. Joining at the start of 2020 was a baptism of fire. In a depleted team, she excelled – it is no exaggeration to say she knew the standard operating procedure for Covid better than anyone outside NHS England! She developed a knack for simplifying complicated guidance to support GPs who didn’t have time to sift through hundreds of pages. Last year, she consistently held health authorities to account, especially with regards to the vaccine rollout.’

Pulse was nominated for four awards in total, with Sofia Lind up for deputy editor of the year, Costanza also up for B2B writer and the news team up for team of the year.

At last year’s PPA’s Pulse deputy editor Sofia Lind also won Unsung Hero of the Year for her work during the early stages of the pandemic.

Pulse also won launch of the year for Pulse PCN at the BSME awards in February.