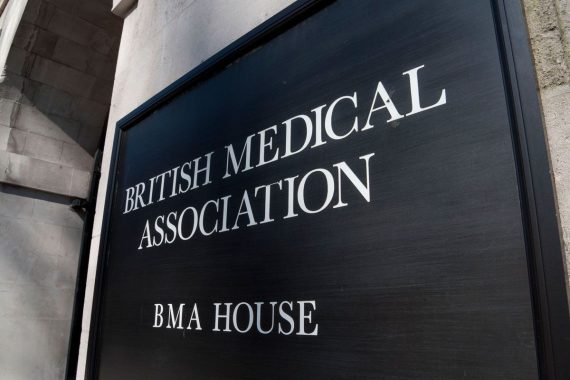 The BMA has revealed what amendments it requested for the 2022/23 GP contract, including a ‘recovery fund’ for long-term conditions and changes to QOF and childhood immunisation payments.

While the 2022/23 GP contract update was imposed without agreement from the BMA, the proposals could indicate the direction the new GPC leadership wants to take the GP contract in future negotiations.

GPs are currently bound to a five-year agreement which is due to expire 31 March 2024, and the BMA had previously said it was not seeking to renegotiate the current five-year GP contract, outside of the usual annual amendments.

However, new BMA guidance on the 2022/23 GP contract said the GPC had ‘sought improvements on the tabled NHS England proposals and put forward suggestions outside the five-year framework for agreement.’

But it added: ‘However, these discussions were not seen as negotiations by NHSEI.’

It highlighted the BMA’s key rejected requests as:

A BMA spokesperson told Pulse: ‘Within negotiations, various discussions took place. This included the BMA pushing for additional immediate support, and beginning talks around a new GP contract once the five-year deal concludes in 2024/25.’

The BMA guidance said that NHS England ‘refused to discuss’ its proposals ‘despite repeated requests from GPC England’ but instead ‘remained aligned’ to the five-year plan agreed before the pandemic.

And it reiterated that the ‘default’ position is for the existing contract to ‘automatically roll forward unless it is changed’ when the five-year framework concludes at the end of March 2024.

The BMA update said: ‘NHSEI seem willing to understand the current day pressures being faced by GPs and their teams, but there was seemingly no willingness to act decisively to support the profession so that it can continue to deliver care to those who most desperately need it.

‘As a result, no agreement has been reached. These contract changes do not go far enough to support access, safe working or backlog pressures in the context of a raging pandemic that has impacted all matters of life across the world.’

Other rejected amendments the GPC sought had included:

What is happening with the GP contract?

Earlier this month, NHS England announced the imposed GP contract changes for 2022/23, which said that PCNs in England would need to offer routine services between 9am and 5pm on Saturdays.

The contract update was met with dismay across the profession and the GPC said it is considering its ‘next steps’.

And NHS England told GPs earlier this month that it wants to start ‘thinking beyond’ 2023/24, when the five-year contract comes to a close.

It comes as the GPC last month said it will meet with the profession to seek views on a general practice model that is ‘fit for the future’.

PCNs to receive £7.46 per patient for new Monday-Saturday access service

And BMA, what’s your default position! Utter waste of time unless you have one!!

(1)So the watershed is really 2024 before NHSE/I will be willing to negotiate any further .👿
Obviously, service requirements like extended access ( interpreted as offering ‘routine’ services between 09:00 -17:00 on Saturday🤨) , new IIF parameters for cancer and anticoagulation for AF , are being pushed through PCN service specifications. These are based on previous ‘consultation and agreement’ with GPC in 2019 BEFORE Covid broke out.
(2)Clearly , there needs to be , as a minimum, an impact assessment ( to use the politically correct terminology here ) of the pandemic outcomes on the Safety and Feasibility of going ahead with this PCN DES now , particularly considering the state of shrinking workforce, both primary and secondary care .
The recent National Audit Office report has quintessentially raised the alarm of this issue of safety to both GPs and patients . And this is not merely a matter of understanding and sympathy from NHSE/I enough to plough through a landscape fraught with left-over , complex workload culminated over two years .
(3) For those who are representing us , the focus of this battle is no longer just about our contract and workload . It is arguably all about safety which is an issue long forgotten and neglected by this government . The lessons of a prime minister(and his government )who was bulldozing with his egoistic but ignorant and capricious policies from the beginning of this pandemic, were never learnt . Perhaps , the Ukrainian war has shifted our attention away from his domestic calamities but all of us , whether grassroots, BMA/GPC , RCGP etc must remember that only we are the natural guardians of our patients and NHS . Not to mention that an independent Covid inquiry is long overdue as well . 😑

Vinci Ho for BMA GP lead and PM. Exactly correct. And our default position for me would be deadline for negotiations led by professional negotiators followed by moving to acute care, industrial action type stuff but covering acute care only. To be honest it would be good to have some time to sort out everything going, we would be busy enough with that, and finally able to make inroads with everything sat out there festering through the Pandemic.
Shared care over, they can do the monitoring in secondary care as they used to (except for patients that can not get to hospital for mobility issues, refusal to instigate secondary care meds, they can do it back in secondary care as per previous, refusal to do any advice and guidance, and ditching the PCN DES. Need to do that anyway.
It’s the boiling rog analogy. WE can carry on doing nothing patients and staff increasingly more unsafe in our work, or bite the bullet and make a stand.

Like Finola said. Ditch the PCN. That will spanner their whole charard.

So BMA you negotiated us into this five year contract without a mandate from us , and it was only after my motion to LMC conference last year you got one .
However you stated that without a mandate you could no longer negotiate for us on the PCN DES.
Well as last year you withdrew form negotiations for a while and this year you have been ignored , maybe you should ask us again whether we should look to industrial action especially resigning the PCN DES.
That is the really effective action to take .
So either ballot is soon or face a no confidence vote in May !

Will Pulse soon get the latest PCN opt out figures / I sincerely hope this has increased.

Sending a stuffed toy to the negotiations would be equally effectual and significantly cheaper.